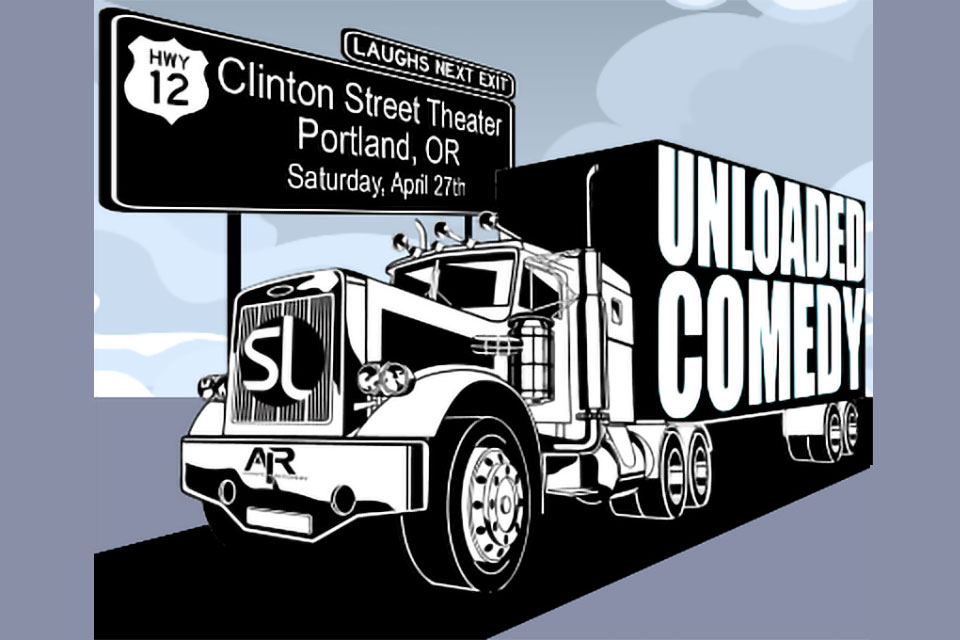 On Friday, March 20 at the Clinton Street Theater, Unloaded Comedy – Laugh Yourself Clean presents a recovery-based stand-up comedy showcase. This event for the recovery community, sponsored by Serenity Lane and KBOO FM, offers fun and laughter in a sober atmosphere.

According to Unloaded Comedy, their shows bring light to dark places and shatters stigmas surrounding addiction. Sharing the therapeutic benefits of comedy and laughter as a tool in recovery is the key mission of the project.

During his early days in recovery, Founder & Producer, Mike Lindsey was looking for positive activities to keep himself busy and nurture his creativity and strengthen his recovery. He decided to pursue his life-long dream of becoming a stand-up comic. It wasn’t long before he started bringing levity to the difficult challenges recovering addicts face every single day.

Unloaded Comedy is a comedy showcase featuring clean and sober comedians who share their struggles with addiction in ways that will make audiences laugh.

The comedians are all based in the Pacific Northwest, clean and sober, and have performed comedy all over the country. The Portland show will have their biggest lineup. Comics include: Mike Lindsey (Gresham), Julia Ramos (Portland), Tory Ward (Portland) Sam Miller (Olympia), Jeremiah Coughlan (Portland), Wendy Weiss (Portland), and hosted by Nick Puente (Portland). Unloaded Comedy was established in 2016 and has booked shows from Seattle to Eugene.

Additional information about Unloaded Comedy can be found on their website, and tickets can be purchased here.