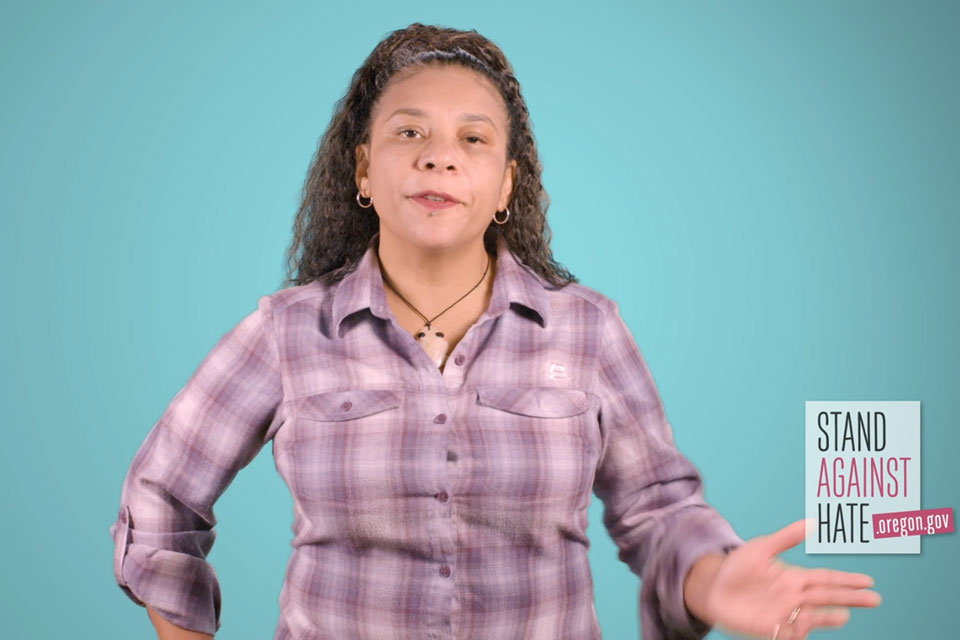 Salem, Oregon—Oregon Attorney General Ellen Rosenblum yesterday announced a new statewide public service (PSA) campaign to make Oregonians aware of the state’s new hate and bias crime law, which fully went into effect January 1, 2020. The PSA will be distributed this week at no cost to all television stations, radio stations and print media outlets across the state.

“We want all Oregonians in every corner of the state to know our new law protects them.

"For the first time, victims have a statewide hotline number to call when they have experienced hate or bias incidents in their own community. The number is 1-844-924-BIAS (2427). The hotline has trained staff available Monday-Friday, who will help victims connect with resources best suited to their needs,” said Attorney General Rosenblum. “This law will make Oregon stronger.  I hope Oregon media will air and run these new ads to help us spread the word.”

As part of Oregon’s new Bias Crime law, any victim of a bias or a hate incident can call Oregon DOJ’s new Hate Crime Reporting hotline to report an incident, connect with trained staff and receive a referral to law enforcement, if appropriate. The new law also adds gender identity to the list of protected classes and implements a system for better tracking of hate crime data by the Oregon Criminal Justice Commission.

The PSA features a variety of Oregonians who come from different backgrounds, including geography. The PSA comes in a 30-second and 45-second TV spot, 30-second radio spot and a print ad, and it is available for download by all Oregon media.  It features a key phrase: “With this new law, we’re taking a stand against bias. Against bigotry, prejudice, homophobia, otherphobia. Against violence and intimidation. Of any kind.”

A victim of a bias incident or a hate crime can visit www.StandAgainstHate.oregon.gov, or call Oregon DOJ’s hotline at 1-844-924-BIAS (2427) to report an incident and talk with trained staff.

Hate and bias incidents are any hostile expressions that may be motivated by another person’s race, color, disability, religion, national origin, sexual orientation or gender identity. An incident can be verbal, physical, or visual.