Rally in Portland Demands Trump is Impeached and Removed From Office 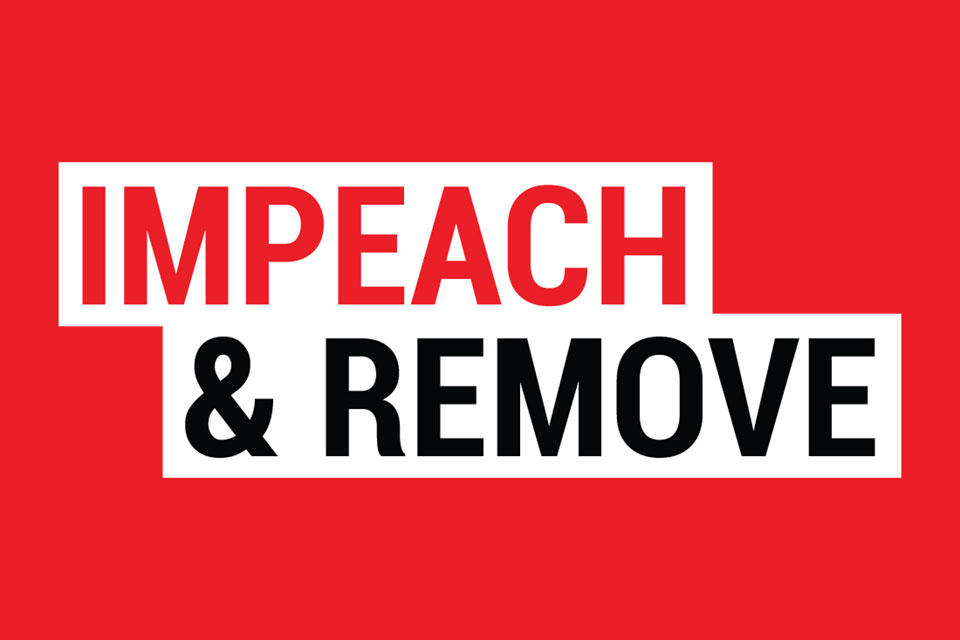 PORTLAND, OR — On Tuesday, December 17 at 5:30 p.m. local time, the night before the U.S. House of Representatives votes to impeach Donald Trump for his high crimes and misdemeanors, activists will gather at the North end of Tom McCall Waterfront Park as part of the “Nobody Is Above the Law” rallies. The rally in Portland will be one of more than 500 actions occurring nationwide in all 50 states and Washington, D.C.

Other Portland and Seattle area event locations include:

There are many locations. Use the interactive map to find one near you. Printable downloads for Impeach & Remove signs can be found here.

The mobilization is part of a grassroots effort to ask that Congress holds the President accountable for using military aid to pressure Ukraine to interfere in our 2020 elections. Protestors will demand that the House of Representatives fulfills its constitutional duty by impeaching Donald Trump and that the Senate remove him from office for attempting to rig the 2020 elections.

The rallies are sponsored by a coalition of over 50 national groups including MoveOn, Indivisible, By the People, Women’s March, Common Cause, SEIU, and NAACP.

Activists will use #NotAboveTheLaw and #ImpeachmentEve to engage communities on social media. Information about other events can be found at Impeach.org.