Oregon Humane Society Celebrates the Adoption of the 11,000th Pet of 2019 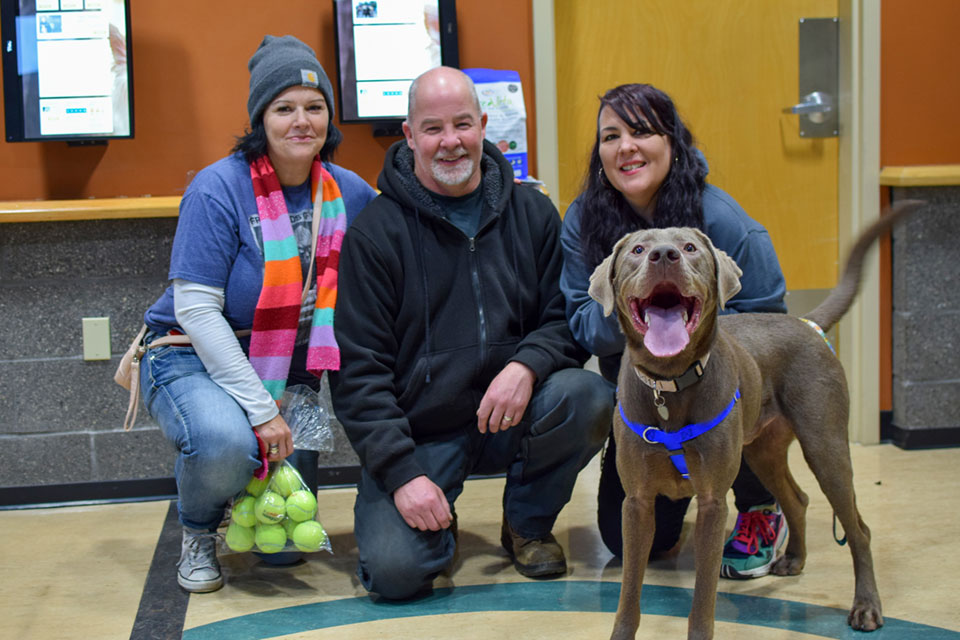 By The Skanner News
Published: 11 December 2019

A two-year-old Labrador/Weimaraner mix set a milestone for the Oregon Humane Society today by becoming the 11,000th pet adopted in 2019. Max is going to a new home with the Dunlap family of Damascus.

This is the tenth year in a row that OHS has reached this milestone. They are now setting 11,650 as the year-end goal.

"Each year, we set a goal of finding homes for 11,000 pets, and it warms my heart to know that we will be exceeding the goal this year. It's wonderful to see people opening their hearts to shelter animals," said Sharon Harmon, OHS President and CEO.

Dana and Tony Dunlap came to OHS three days ago to meet Max. Dana had an instant connection with Max, but Tony wanted a smaller dog.

After reflecting on his wife’s bond with Max, Tony came to OHS the next day and placed a hold on Max as a surprise for Dana. At noon today, the Dunlaps officially added Max as a new member of their family.

The large number of adoptions makes OHS one of the busiest shelters in the nation. OHS adopts more animals from its shelter on NE Columbia Blvd. than any other single shelter facility on the West Coast. This feat is especially remarkable because OHS has a save rate that is among the highest in the nation. The facility never puts a time limit on how long a pet remains available for adoption.

The Oregon Humane Society is asking the public to open their hearts to shelter pets who are also looking for a "Home for the Holidays" this December. For every animal in the shelter on December 1, the organization seeks to place them in a loving home by December 31. Some of these pets have been awaiting adoption for just a few days; others have been waiting for months.

The Oregon Humane Society is the Northwest's oldest and largest humane society, with one of the highest adoption rates in the nation. OHS receives no government funds for its adoption, education and animal cruelty investigation programs. Visit www.oregonhumane.org for more information.