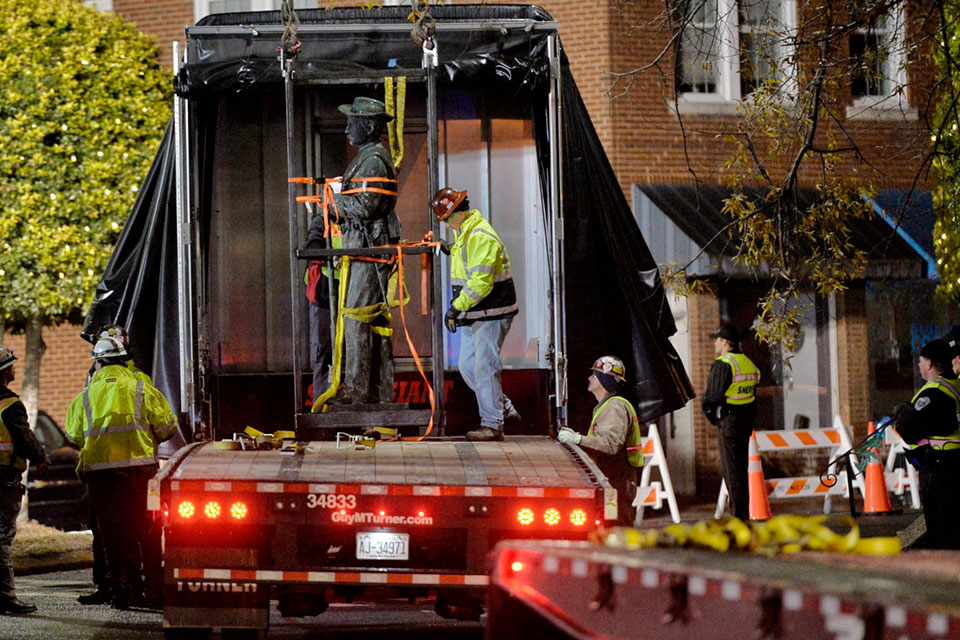 By The Skanner News
Published: 03 December 2019

CHATHAM, NORTH CAROLINA – The Lawyers’ Committee for Civil Rights Under Law is celebrating a North Carolina court’s decision to dismiss the United Daughters of the Confederacy’s (UDC) lawsuit to stop Chatham County from removing the Confederate monument from the courthouse circle in Pittsboro. The monument was removed last month and on Monday the Lawyers’ Committee’s motion to dismiss the lawsuit challenging the monument’s removal was granted.

Last month, the Lawyers’ Committee filed a motion on behalf of the West Chatham Branch of the NAACP and Chatham for All to intervene and dismiss the UDC’s lawsuit. Like hundreds of other monuments to the Confederacy, the UDC monument was installed at the end of Reconstruction to further the false  “Lost Cause” narrative, celebrate White supremacy and send a message to African Americans that they did not enjoy the equal protection of the law.

The Lawyers’ Committee represents organizations that spent years organizing to have the county government vote to remove the monument; the groups entered the lawsuit to ensure that the voices of black residents of Chatham are heard.

“We appreciate so much the Lawyers’ Committee representing us, and are grateful for the County’s action in removing the monument.,” said Larry Brooks, President of the West Chatham Branch of the NAACP.

“That monument never spoke for all Chatham residents,” he added, “and we look forward to replacing it with something that does.”

“The removal of this monument from the historic courthouse is a victory not only for Chatham County’s integrity but the nation’s integrity as well,” said Delcenia Turner, Chair of Chatham For All. “The monument represents an abrogation of our responsibility to bestow accurate history to our children.”

“The removal of this monument is a critical step forward in the fight to advance equality for every person who calls America home”, said Jon M. Greenbaum, Chief Counsel, and Senior Deputy Director. “Representing the historic and systemic suppression of African Americans, these monuments personify white supremacy; yet, they remain standing throughout the country. We look forward to seeing the removal of many more Confederate monuments in the years to come.”

Read the Motion to Intervene here, the Brief in Opposition to Preliminary Injunction here, and the brief in Support of the Motion to Dismiss here.