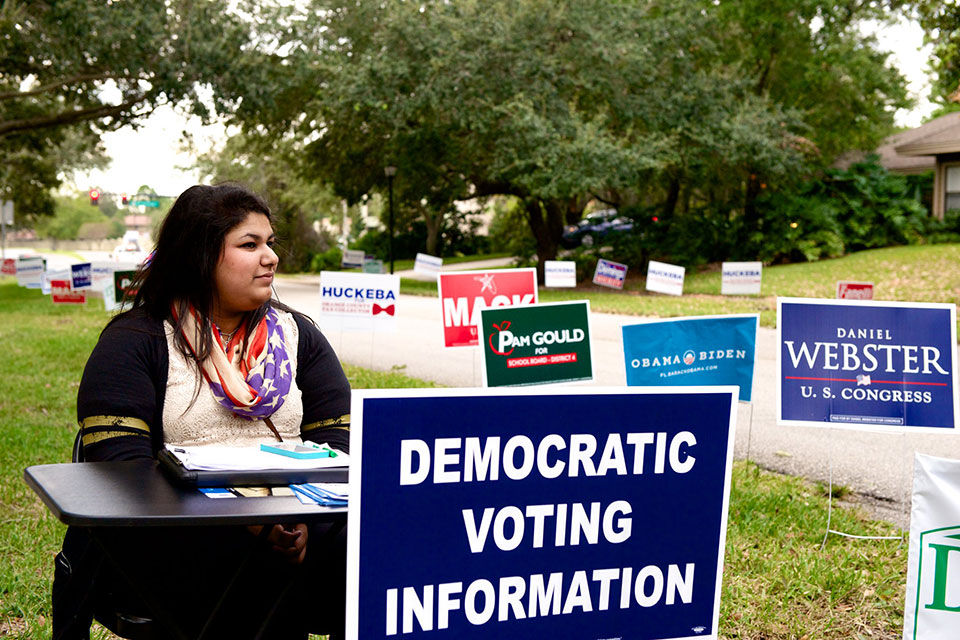 The American Civil Liberties Union will be in federal court in Tallahassee, Fla. beginning today, Monday, October 7, seeking to block a Florida law that creates wealth-based hurdles to voting and undermines Floridians’ overwhelming support for Amendment 4.

Floridians voted in 2018 to amend their state constitution to restore voting rights to people convicted of most felonies once they've completed their sentences. It was the single largest expansion of voting rights in the United States since the 26th Amendment lowered the voting age to 18 in 1971. In response, the Legislature passed a bill to limit Amendment 4’s reach, requiring people to repay any fines, fees, and restitution before their voting rights are restored — effectively, a poll tax.

The ACLU and partners immediately challenged the law and will be in court seeking the preliminary injunction. The case is Gruver v. Barton (consolidated with Jones v. DeSantis). Attorneys for the American Civil Liberties Union, NAACP Legal Defense and Educational Fund, and Brennan Center for Justice at NYU School of Law will present to U.S. District Judge Robert Hinkle.

The court will hear directly from Floridians disenfranchised by the law.

ACLU comment: “Over a million Floridians were supposed to reclaim their place in the democratic process, but some politicians clearly feel threatened by greater voter participation.

They cannot legally affix a price tag to someone's right to vote.”

The hearing began today, and is expected to last multiple days.

A voting rights rally was held outside the courthouse this morning.