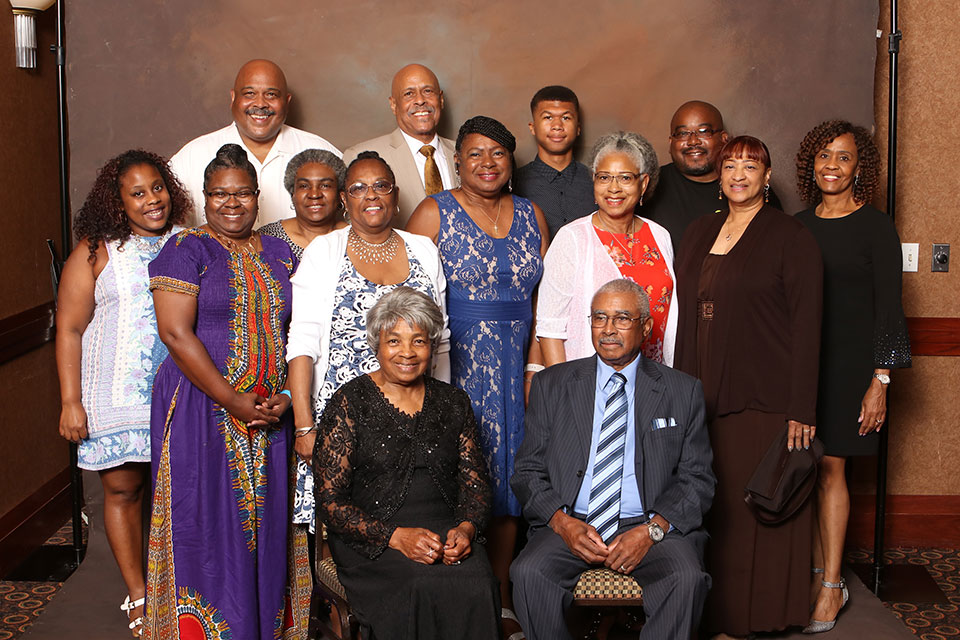 The Pleasant Hill Family Reunion was held in Portland, Oregon, July 12-14, at the Airport Embassy Suites hotel. This extended family is considered the largest African American group to populate the Portland area. The family from the farming community of Pleasant Hill, four miles outside the small town of Linden, Texas, began its migration to Portland in the early 1940s.

Pleasant Hill, a thriving self-sustaining community had its own country store with a gas station, church and school. When farming became a less lucrative enterprise, many family members began seeking employment in other cities as well as other states. Inez Warren and her father, Quitman, sought a better means of providing for their family when the shipyards began hiring African Americans in their work force. ESSCO Steel Foundry hired its first African American, Quitman. The company then sought to hire additional family members. Quitman sent for his brothers’ sons and their families to join the ESSCO work force, and thus began the migration of the largest African American family group to transition to Oregon.

Family Members Traveled From Around the Country

The event was well attended with family members who traveled from numerous states across America. On Saturday attendees at the picnic, held at Blue Lake park in Gresham, was in excess of 310. There was a desert contest during the picnic, and Darnell Lowery, grandson of Quitman, won this event with his sweet potato cake. The banquet came later in the evening and was attended by more than 200 family and friends. One of the speakers for this event was Portland’s renowned city council member, Jo Ann Hardesty. She welcomed this historic group to the City of Roses. Evelyn Richardson, granddaughter of Quitman Warren, one of the first three to come to Portland in 1943 with her grandfather at age six, was the second to speak and gave an accounting of what life was like growing up in Pleasant Hill before the migration to Portland. Doug Gaither, grandson of the late Blandfield and Faralene Gaither, and son of Ronald and Donna Gaither, gave a summary and history of “where we are now” for this generation.

This glorious occasion ended with a Sunday morning service worshipping and praising God for how He had blessed them, kept them, and made provision for their lives over the many years.

A great time was had by those in attendance. The Embassy Suites was very accommodating, and the food was exceptionally good. The management expressed the pleasure of serving such a well-mannered large group of people.

Departing was sweet sorrow as the reunion disbursed with goodbyes to family and friends. As with the circle of life, realizing that they may never again see many in this life, plans were made for future reunions, to keep the legacy of Pleasant Hill fresh and alive in the younger descendants after them, as they endeavor to adhere to the adopted motto: “Keep The Ball Rolling.”

The families express thanks to the companies that donated favors to share with attendees: COSTCO, Made in Oregon, Natural Grocers, GreenHAUS Galley & Boutique, and Cason’s Fine Meats.