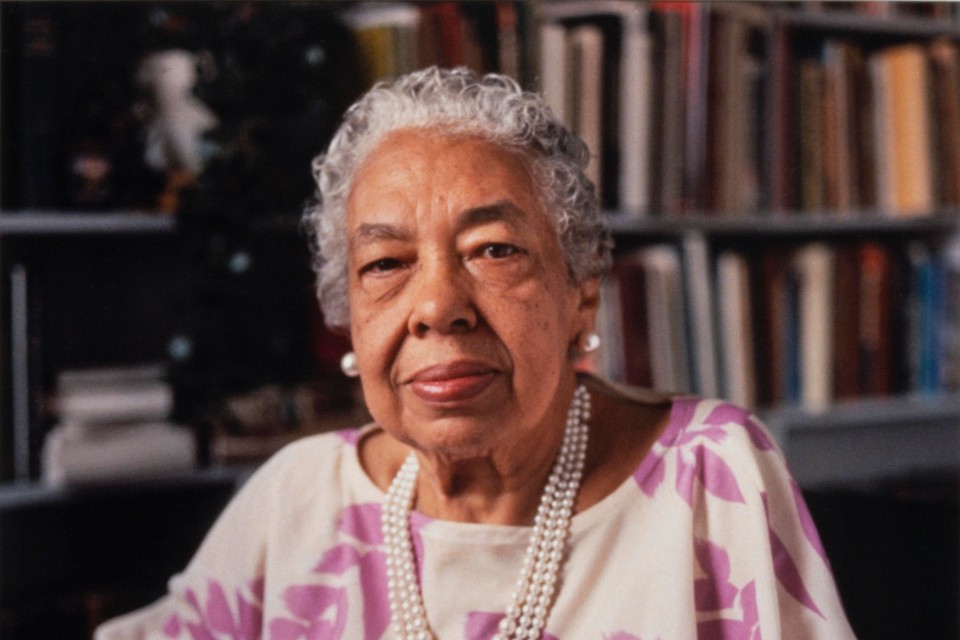 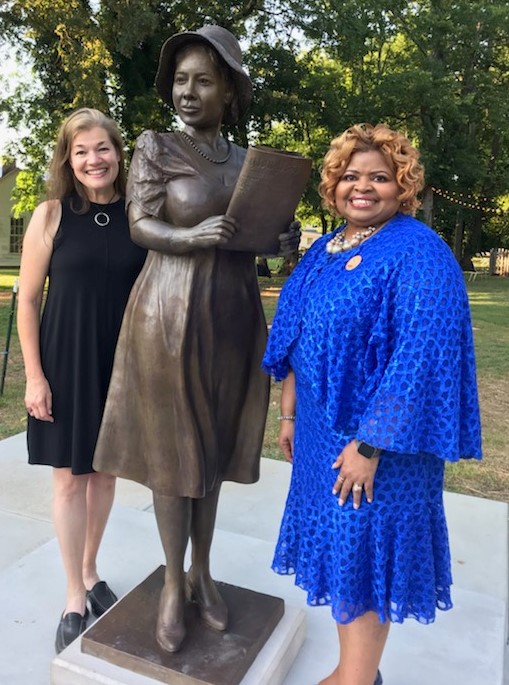 Sculptor Amanda Matthews, left, and Deborah Catchings-Smith, international president of Sigma Gamma Rho Sorority, pose with the bronze statue of Alice Allison Dunnigan. The statue is now permanently installed in her hometown of Russellville, Kentucky on the grounds of the Seek Museum.RUSSELLVILLE, KY — Sigma Gamma Rho Sorority members were on hand to welcome the statute of their late sorority sister Alice Allison Dunnigan home to her native Russellville, Kentucky over the weekend. It has been nearly a year since the statue was unveiled in a special ceremony at the Newseum in Washington, DC and traveled to Truman Presidential Library, Kentucky State University and the University of Kentucky before coming to Russellville to be permanently installed on the grounds of the Seek Museum as part of the city’s Emancipation celebration and homecoming, an event called the 8th of August.

Alice Allison Dunnigan was a trailblazer born in 1906 to a Kentucky sharecropper. At age 13 she began writing for the Owensboro Enterprise, a first job that fueled her passion for journalism and reporting. She was the first African American woman to receive press credentials to cover the White House and Congress. She received more than 50 journalism awards for her pursuit of the truth. The bronze statue is based on a photograph of Dunnigan on the steps of the U.S. Capitol and was created by Kentucky artist Amanda Matthews.

“We were honored to join the Dunnigan family, Seek Museum and the citizens of Russellville to recognize the monumental achievements of our sorority sister,” said Deborah Catchings-Smith, international president of Sigma Gamma Rho Sorority. “She accomplished many firsts as a journalist, civic and civil rights leader and educator. This statue is a reminder of her historical significance and cultural relevance as an African American woman of her time.”

Catchings-Smith presented a $7,000 donation to the Alice Allison Dunnigan Scholarship Fund on behalf of the sorority. The donation amount is meant to symbolize the sorority’s seven founders.

Sigma Gamma Rho Sorority, Inc., an international collegiate and nonprofit community service organization, was founded in 1922 on the Butler University campus in Indianapolis. It has welcomed more than 90,000 members who have joined the organization as undergraduates and professionals. The sorority has more than 500 chapters in the United States, Bahamas, Bermuda, Canada, Germany, South Korea and the U.S. Virgin Islands.