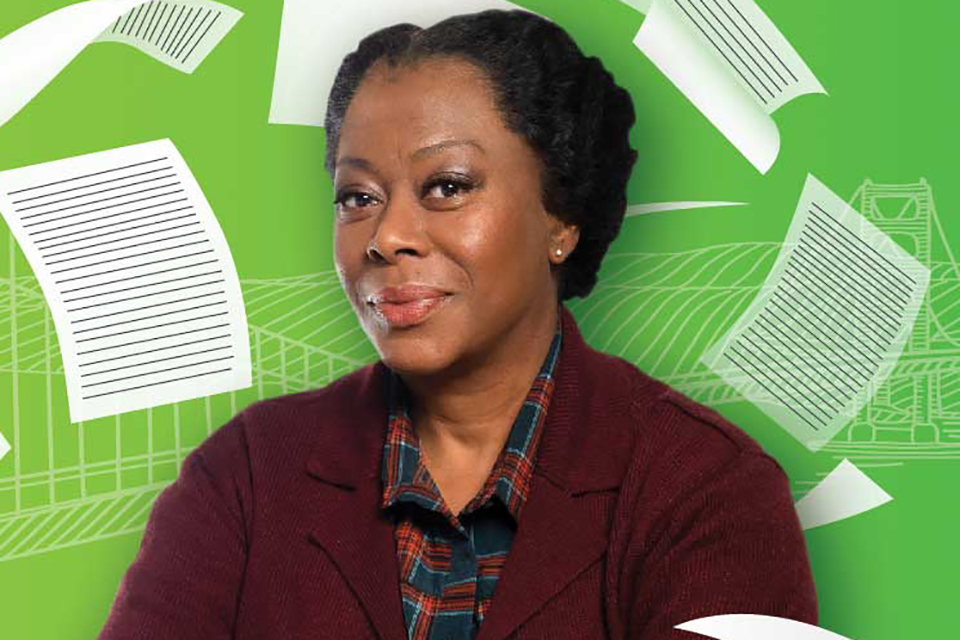 The Oregon Shakespeare Festival will open “How To Catch Creation,” helmed by incoming artistic director Nataki Garrett in her OSF directorial debut, on July 27 in the Thomas Theatre. Preview performances are July 23, 25 and 26, and the play runs through Oct. 26, 2019.

Spanning more than 40 years, “How To Catch Creation” is a tender story of love, longing, having your heart broken and simply existing. Playwright Christina Anderson, winner of the Lorraine Hansberry Award, explores the universal act of creation, through the experiences of four lives in 2014 that intersect and collide in the most unpredictable ways, while the mid-1960s run a parallel course in a series of fast-paced, intercut scenes. In the earlier storyline, G.K. Marche -- a Black, queer, feminist writer living in San Francisco’s Tenderloin -- writes her latest novel and navigates the shifting dynamic in her romantic relationship due to lifechanging news from her partner. Decades later, the implications of that moment still echo in the lives of four individuals.

The cast of “How To Catch Creation” features Chris Butler as Griffin, Christiana Clark as Tami, Kimberly Monks as Riley, William Thomas Hodgson as Stokes, Greta Oglesby as G.F Marche and Safiya Fredericks as Natalie.

Scenic design for How To Catch Creation is by Emmy-nominated set designer, Jason Sherwood in his OSF debut. Kaitlyn Pietras (Mother Road, Mohada, Unison) is project designer, costumes are by Dede M. Ayite (The Wiz, Unison, Henry IV Part I & II) and lighting design is by Xavier Pierce (Othello, Shakespeare in Love) – all three are recurring members of OSF’s production teams. T. Carlis Roberts is composer and sound designer, also in their OSF debut, Roberts is currently Associate Professor of Music at University of California, Berkeley. Robert C. Goodwin is production dramaturg and Rebecca Clark Carey is voice and text director. Sarah Lozoff is intimacy director and U. Jonathan Toppo is fight director. Molly Norris is production stage manager and TaiReika L.A. is production assistant.

“How To Catch Creation” is sponsored by Sid and Karen DeBoer, The Kinsman Foundation and The Teel Family Foundation.

A sign-interpreted performance is scheduled for the September 8 matinee performance at 1:30 p.m. Contact the Box Office at 800-219-8161 or email boxoffice@osfashland.org to purchase tickets in the Deaf Community section; these tickets not available online. Information on additional accessibility accommodations is at www.osfashland.org/Accessibility/.

How To Catch Creation tickets are available at the OSF Box Office, or online at www.osfashland.org/HowToCatchCreation.

OSF’s full  2019 playbill includes “As You Like It,” “Mother Road,” “Indecent” and “Hairspray – The Broadway Musical” in the Angus Bowmer Theatre; How To Catch Creation, Cambodian Rock Band, Between Two Knees and La Comedia of Errors (also in performed in other venues) in the intimate Thomas Theatre; Macbeth, Alice In Wonderland and All’s Well That Ends Well in the outdoor Allen Elizabethan Theatre.

The 2019 season continues through October 27 and is sponsored by U.S. Bank. Check ticket availability for all shows at www.osfashland.org or call 800-219-8161.

Founded by Angus Bowmer in 1935, the Oregon Shakespeare Festival (OSF) has grown from a three-day festival of two plays to a nationally renowned theatre arts organization that presents an eight-month season of up to 11 plays that include works by Shakespeare as well as a mix of classics, musicals, and world-premiere plays and musicals. OSF’s play commissioning programs, which include American Revolutions: the United States History Cycle, have generated works that have been produced on Broadway, internationally, and at regional, community and high school theatres across the country. The Festival draws attendance upwards of 400,000 to more than 800 performances every year and employs 400 to 600 theatre professionals.