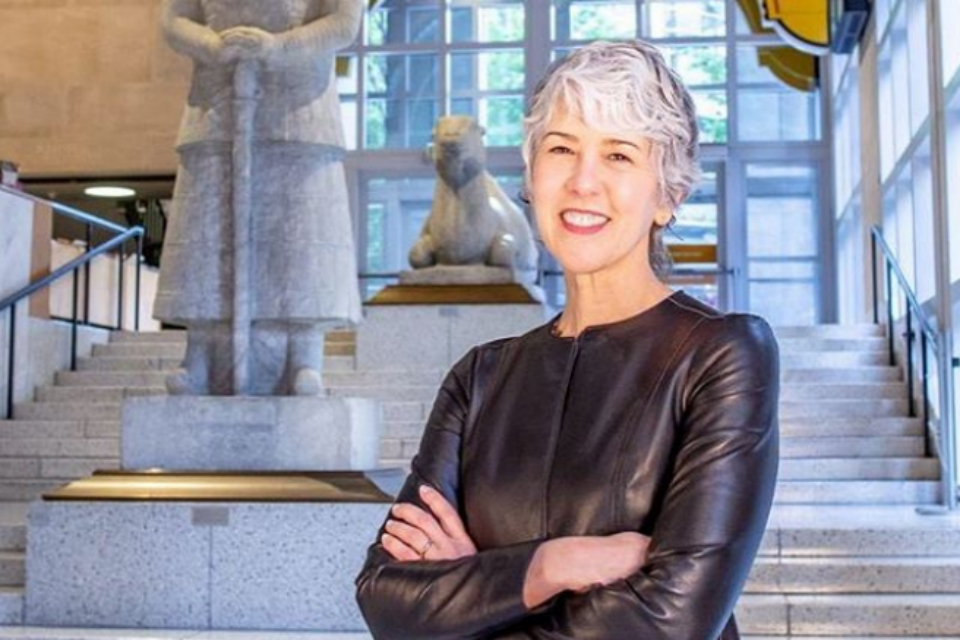 SEATTLE, WA – The Board of Trustees of the Seattle Art Museum (SAM) announced today that Amada Cruz has been chosen as the museum’s new Illsley Ball Nordstrom Director and CEO following an extensive international search. Since February 2015, Ms. Cruz has served as the Sybil Harrington Director and CEO of the Phoenix Art Museum in Arizona, the largest art museum in the Southwestern United States. She will assume her position at SAM in September, succeeding Kimerly Rorschach who will be retiring.

In her role at SAM—comprising the downtown Seattle Art Museum, the Asian Art Museum in Volunteer Park, and the Olympic Sculpture Park on the downtown waterfront—Cruz will oversee the institution’s wide-ranging artistic and education programs and manage a staff of more than 300.

“I am so excited about moving to one of the most progressive, innovative, and fastest-growing cities in the country. As an immigrant, Seattle’s embrace of diversity and commitment to inclusion certainly strikes a chord,” says Cruz. “Across its three stunning locations, SAM offers incredibly varied cultural experiences. It’s a particularly exciting opportunity to reintroduce the spectacular Asian Art Museum’s building and collection to the city this fall. And I am honored to be following the enlightened leadership of Kimerly Rorschach. She has been a model of a 21st-century museum director, connecting with communities and expanding the range of artists exhibiting at the museum and entering its collection. I’m looking forward to continuing SAM’s commitment to welcoming everyone.”

“After an exhaustive search with an impressive array of candidates, it’s clear that Amada Cruz is the forward-thinking leader we’re seeking,” said Charles Wright, SAM trustee and chair of the search committee.

“Like the city of Seattle, the museum is always evolving and moving forward,” said Stewart Landefeld, SAM Board of Trustees Chair. “Kim’s incredible leadership has brought SAM to a vital and stable present, and Amada is the right person to lead it into an ambitious future along with SAM’s talented staff, dedicated volunteers, and committed Board of Trustees.”

During her tenure at the Phoenix Art Museum (PAM), Cruz set ambitious goals to increase diversity and create a culture of inclusion and accessibility. She oversaw a series of initiatives designed to improve financial stability, strengthen community engagement, and build national visibility. PAM attracted key national funders in support of the museum’s mission; introduced more Latinx and bilingual educational programming; and increased diversity across exhibitions and installations, presenting works by artists of color, LGBTQI+ artists, and women artists, including a retrospective for modern artist Agnes Pelton that will travel to the Whitney Museum of American Art in 2020.

Over her 30-year career, Cruz has held posts as the Executive Director at San Antonio-based Artpace, an artist residency program; Director of the Center for Curatorial Studies Museum at Bard College, where she co-organized the first US museum survey of Takashi Murakami’s work; and Acting Chief Curator and Manilow Curator of Exhibitions at the Museum of Contemporary Art in Chicago.

Cruz has also worked as a grantmaker and was the founding Program Director for United States Artists in Los Angeles, where she formed longstanding relationships with artists around the country and was responsible for all programming activities of a Ford and Rockefeller Foundations initiative. She also has been Executive Director of Artadia: The Fund for Art and Dialogue in New York City, which awarded grants to visual artists in San Francisco, Houston, and Chicago.

Born in Havana, Cuba, Cruz received a Bachelor’s degree in Art History and Political Science at New York University. She received the 2018 Virginia Cardenas Arts Advocacy Award by Xico, an Arizona cultural institution serving Latinx and Indigenous artists. In 2015, W Magazine named her one of the 11 most powerful female museum directors in America.

“I am absolutely delighted that Amada Cruz has been named to lead SAM into the future. She is an experienced professional of the highest integrity and brings an exciting vision for the future of our great museum,” says Kimerly Rorschach, SAM Illsley Ball Nordstrom Director and CEO. “She has a profound love of art and a deep commitment to increasing access for all. I know that she will keep the museum moving forward in our dynamic city and region.”