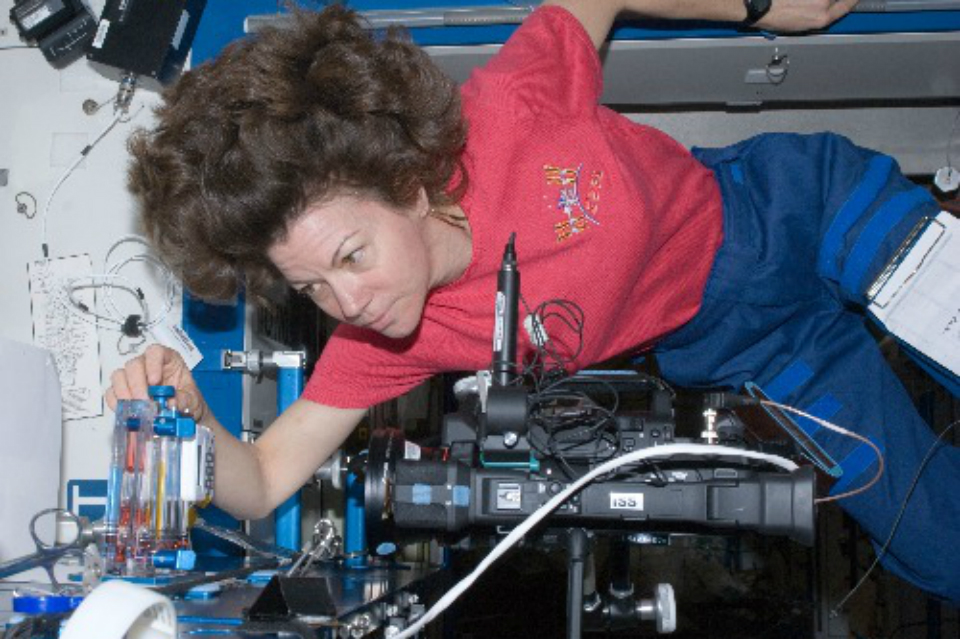 A series of experiments designed by Portland State University along with NASA engineers that could unlock the secrets to long-distance travel to Mars are underway on the International Space Station (ISS).

The students and engineers developed testing technologies that can grow plants in space, scrub carbon dioxide from the air, process urine into a potable liquid, increase the safety of handling biohazardous materials, produce food and reduce waste.

The technologies all address problems that need to be solved if humans are ever going to be able to travel to Mars – an eight-month trek from Earth.

“Portland State is totally unique in the country in the kind of work we’re doing,” said PSU mechanical engineering professor and former NASA researcher Mark Weislogel. “All of these experiments were designed in part at PSU, and the foundation for all of them are the dozens of NASA-backed experiments that we have performed over the last decade.”

PSU has two unique facilities that make this possible: A lab with a direct video communications link with the ISS, and a six-story drop tower that lets students observe materials – mostly liquids – in a two-second period of weightlessness as they freefall 100 feet.

The lab -- called the NASA-PSU Telescience Support Lab -- has been in continuous operation since 2007. It’s one of just a few in the United States. The Dryden Drop Tower is also one of very few in the country, and is a key to PSU gaining $4.2 million in NASA funding over the last 17 years.

“We act as a NASA center with the kind of work we do,” said Caleb Turner, a graduate student who is working with Weislogel on zero-gravity fluid tests, mostly with the drop tower. Turner, 30 and a Marine Corps veteran, says the experiments designed at PSU produce discoveries that set the stage for further work by the astronauts about the ISS.

Although NASA has successfully sent robotic rovers to Mars, human travel to the red planet remains an elusive goal due to dozens of engineering problems that are yet unsolved. Many of them have to do with maintaining life in zero gravity.

For example, two of the space station experiments Weislogel and his students are working on involve plant watering.

“In zero gravity, the plant freaks out and so do the roots,” he said. “They don’t really know what to do.”

One of the experiments is to study hydroponic watering systems that don’t rely on gravity and see if plants can survive with them. If they can, NASA may use automated greenhouses to provide astronauts with fresh vegetables.

Another experiment will study watering systems for plants in soil. In zero gravity, water over-saturates the dirt, preventing aeration and killing the plant. Weislogel wants to find a way to make water in space behave more like it does on Earth.

But because it’s impractical to send tons of dirt into space, this experiment is for understanding plant science in general, not for future Mars missions.

Another experiment will look at safe handling of potentially hazardous liquids. If an astronaut gets sick and a doctor on board needs to take a fluid sample for testing, loose droplets of liquid can float through the spaceship and infect another crew member.

Weislogel – who designed a zero-gravity coffee cup that was successfully tested on the ISS – is trying out similar technologies that will enable users to contain, pour and handle liquids without danger.