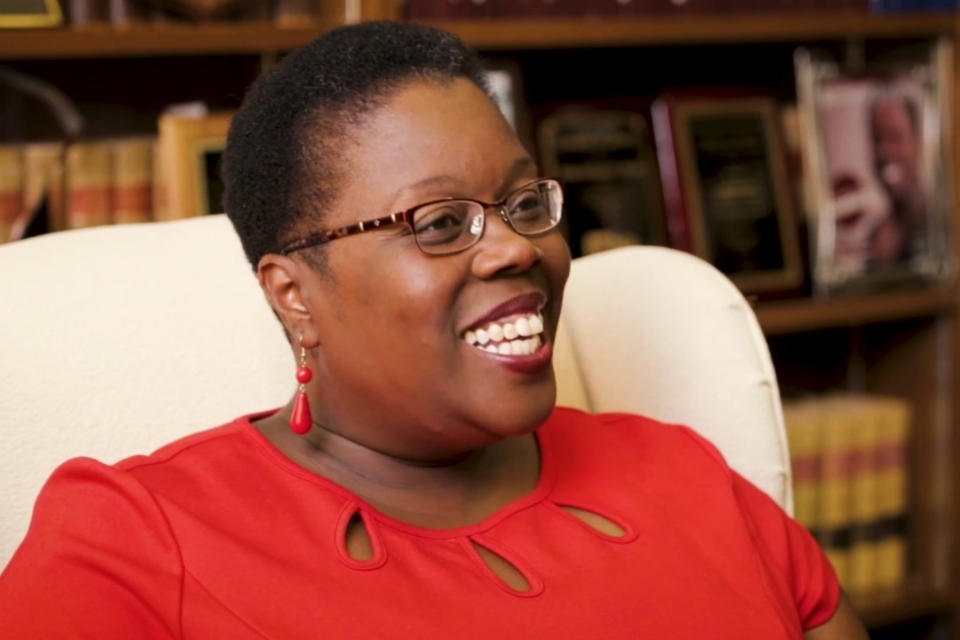 “There could not be a more impressive—or appropriate—guest speaker,” he said. “Her groundbreaking career and her position as the first African American on the state’s Supreme Court make her the ideal role model for our young musicians, for our staff, and for what is shaping up to be a sold-out audience.”

Justice Adrienne Nelson was appointed to the Oregon Supreme Court on January 2, 2018, making her the first African American to sit on the state’s highest court and any appellate state court. In 2006, she was appointed as a trial judge on the Multnomah County Circuit Court in Portland, Oregon, making her the second African American female judge in the state of Oregon. Prior to her judicial appointments, she worked as a public defender with Multnomah Defenders, Inc., then as an associate with the Bennett, Hartman, Morris and Kaplan, LLP law firm and as the Senior Attorney/Coordinator of the Portland State University Student Legal and Mediation Services. Justice Nelson earned her Doctor of Jurisprudence degree from the University of Texas at Austin and her Bachelor of Arts degree in English and Criminal Justice, summa cum laude, from the University of Arkansas.

This festive event will feature performances by the young musicians of BRAVO Youth Orchestras who themselves come from all over the world, speak many languages at home, and bring a wealth of cultural and national heritage into our community. Joining them, and representing the three countries celebrated, are some of Portland’s finest musical performers.

From Venezuela: the original home of the famed El Sistema program of which BRAVO is a part, come Inés Voglar (violin) and Freddy Vilches (cuatro). Voglar is one of the top violinists in the Oregon Symphony and a native of Venezuela, where she started her music training in the El Sistema music education program.  Vilches plays the cuatro, the four-stringed member of the guitar family and the national instrument of Venezuela.  Joining them will be BRAVO's two new Teaching Artists from Venezuela, husband and wife Giancarlo Castro and Marian Gutierrez in a program of well-loved Venezuelan music.

Trinidad and Tobago: is represented by none other than Portland’s famed songwriter Blossom. The show-stopping neo-soul singer and instrumentalist born in Trinidad and Tobago will use her steel drums to lead BRAVO students in traditional music from her home country before closing out the show with a grand finale that's so good it’s being kept under wraps.   This annual benefit concert raises critical operational funds for BRAVO Youth Orchestras, a nonprofit now in its 6th year providing intensive music programs at 5 high-poverty schools in North Portland.

TICKETS: Tickets, at $25, are now available at: www.oregonbravo.org/cb3