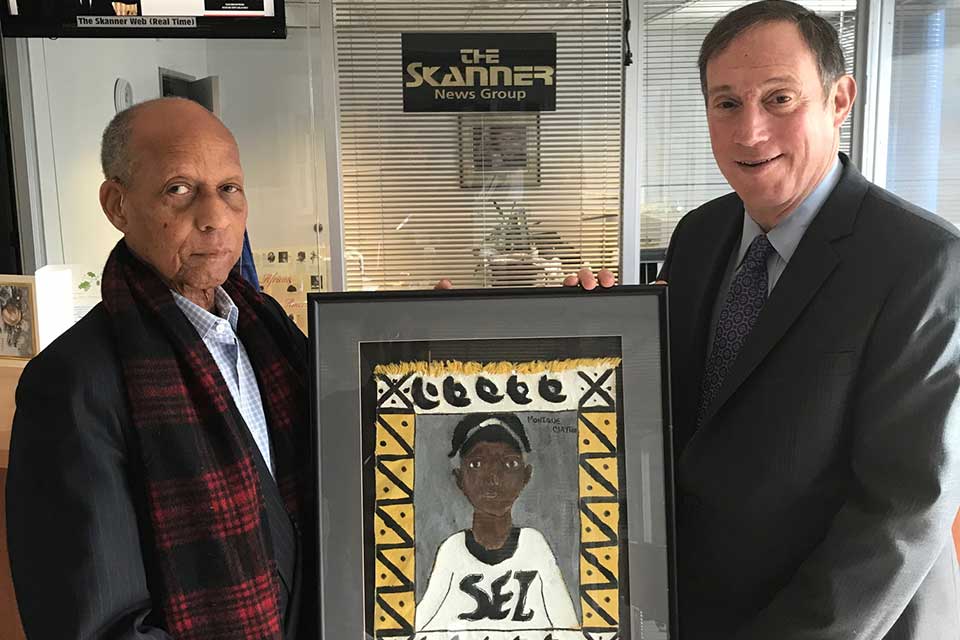 Retiring City Commissioner Dan Saltzman visited The Skanner’s office last week. He delivered a piece of artwork created by Monique Clayton, then a sixth-grader at Harriet Tubman Middle School. Saltzman inscribed the back of the frame with the following message: “Bernie & Bobbie, From my office wall for 20 years, in appreciation for all your support of me & my causes. - Dan Saltzman, 12/12/18.” He is pictured here with The Skanner’s publisher, Bernie Foster.

Saltzman, who leaves office at the end of this month, first assumed office in 1999. As of 2017 he had served longer than any member of the Portland City Council since 1969. In January he will be succeeded by Jo Ann Hardesty.