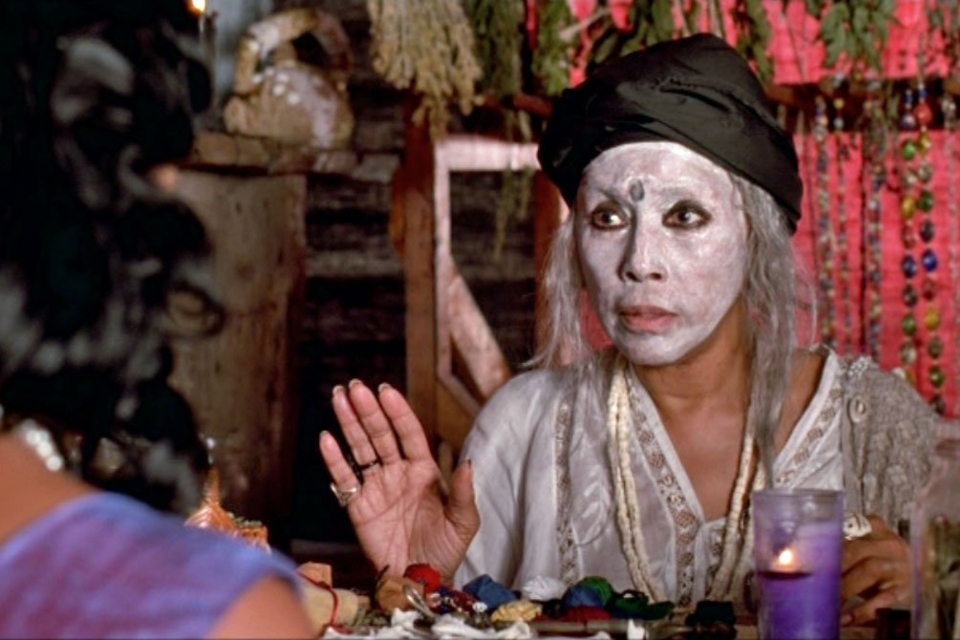 Three African-American films were named to a select group of America's most influential motion pictures to be inducted into the National Film Registry of the Library of Congress because of their cultural, historic and aesthetic importance to the nation’s film heritage. They are the 1997 indie hit "Eve's Bayou," written and directed by Kasi Lemmons and co-produced by co-star Samuel L. Jackson; Ayoka Chenzira's short animated film “Hair Piece: A Film for Nappy-Headed People,” (1984), produced by one of the first Black female animators; and "Something Good – Negro Kiss," a 29-second silent film shot in 1898, believed to be earliest known footage of black intimacy on screen.

“The National Film Registry turns 30 this year and for those three decades, we have been recognizing, celebrating and preserving this distinctive medium,” Hayden said. “These cinematic treasures must be protected because they document our history, culture, hopes and dreams.”

Select titles from 30 years of the National Film Registry are also freely available online in the National Screening Room.

A forbidden love affair, the ravages of alcoholism, an animated classic, a kiss that broke the color barrier and dinosaurs returned from extinction represent the diversity of the class of 2018. This year’s films span 107 years, from 1898 to 2005. They include blockbusters, documentaries, silent movies, animation and independent films. The 2018 selections bring the number of films in the registry to 750, which is a small fraction of the Library’s vast moving-image collection of more than 1.3 million.

Several films on the registry showcased the ethnic diversity of American cinema. Footage from the Dixon-Wanamaker expedition in 1908 provides glimpses into the lives and culture of various Native American tribes. This year’s list also includes a contemporary film showcasing Native Americans in “Smoke Signals” (1998). It was the first feature film to be written, directed and co-produced by American Indians.

The 1997 “Eve’s Bayou” was written and directed by Black female director Kasi Lemmons and co-produced by Samuel L. Jackson, who stars in this family drama. “It’s such an honor to return from production on my fifth film, ‘Harriet,’ to find that my first, ‘Eve’s Bayou,’ is being included in the National Film Registry,” Lemmons said. “As a Black woman filmmaker it is particularly meaningful to me, and to future generations of filmmakers, that the Library of Congress values diversity of culture, perspective and expression in American cinema and recognizes ‘Eve’s Bayou’ as worthy of preservation. I’m thrilled that ‘Eve’s Bayou’ is being included in the class of 2018!”

The short animated film, “Hair Piece: A Film for Nappy-Headed People,” was produced by one of the first Black female animators, Ayoka Chenzira. “For my independently produced animated experimental film to be included in the National Film Registry is quite an honor,” said Chenzira. “I never imagined that ‘Hair Piece’ would be considered to have cultural significance outside of its original intent, which was a conversation and a love letter to Black women (and some men) about identity, beauty and self-acceptance in the face of tremendous odds.”

African-Americans are also shown kissing in a 29-second silent film. Shot in 1898, it is the earliest known footage of black intimacy on screen. Other silent film titles include the 1917 “The Girl Without a Soul” and Buster Keaton’s 1924 “The Navigator.” In 2013, the Library of Congress released a report that conclusively determined that 70 percent of the nation’s silent feature films have been lost forever and only 14 percent exist in their original 35 mm format.

The Librarian makes the annual registry selections after conferring with the distinguished members of the National Film Preservation Board (NFPB) and a cadre of Library specialists. Also considered were more than 6,300 titles nominated by the public.

Nominations for next year will be accepted through the fall at loc.gov/programs/national-film-preservation-board/film-registry/nominate/.