All Registered Voters in Multnomah County Should Have Received Their Ballots 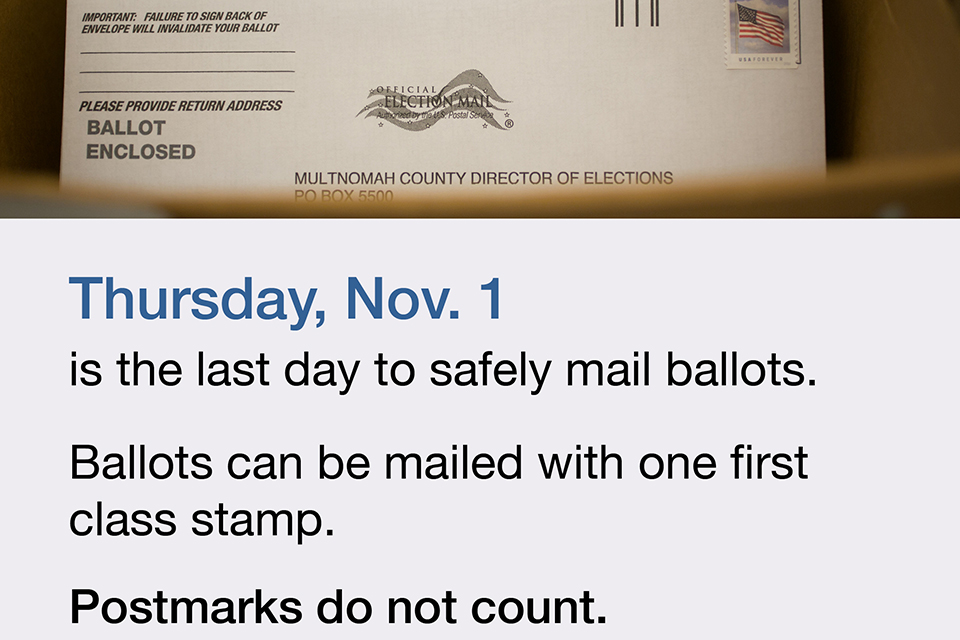 Voted ballots for the November 6 General Election must be received by 8:00 PM, November 6. For more information about the election, please visit www.mcelections.org.