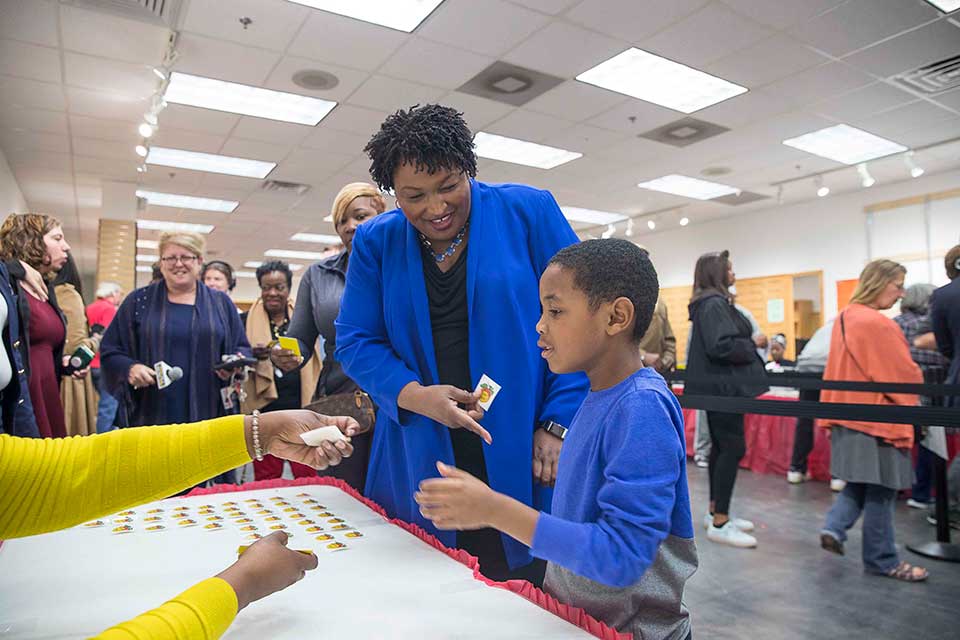 WASHINGTON, D.C. –  Earlier today, federal district court Judge Leigh May Law issued emergency relief blocking officials in Georgia from rejecting absentee ballots or applications on the alleged basis of a signature mismatch. The court’s ruling requires that any voter flagged for having a potential signature mismatch be provided notice and opportunity to challenge the determination and an opportunity to cure. The order was issued on the heels of an October 23rd hearing, during which voter disenfranchisement because of signature discrepancies was a focus of the arguments.

“The court’s order helps ensure that thousands of voters who stood the risk of being disenfranchised this election cycle will have their voices heard,” said Kristen Clarke, president and executive director of the national Lawyers’ Committee for Civil Rights Under Law. “This important ruling helps send a strong message to election officials across Georgia that they will be held accountable for undertaking action that impairs the rights of voters.  Our evidence showed that, particularly in Gwinnett County, the mass rejection of absentee ballots was a scheme that disproportionately impacted African American and other minority voters. As we near Election Day, we remain vigilant and stand prepared to challenge other 11th hour attempts to disenfranchise voters.”

The lawsuit asked the Court to intervene to assure fair treatment for eligible voters whose ballots were being rejected by officials because of perceived signature discrepancies and other innocent mistakes on the ballot envelope. The plaintiffs are also requesting that similar fair processes be devised to provide relief for the thousands of voters being disenfranchised by other types of small, inconsequential errors on their ballot return envelope. The Court has given the Defendants until Monday, October 29, to respond to plaintiffs’ amended motion for preliminary injunction.

“We are very pleased that the Court acted so quickly to address these signature verification issues and protect voters from arbitrary decisions made by officials. Georgia voters have chosen to vote using mail ballots in record numbers this year, and Georgia practices must give them equal rights with all other voters,” said Marilyn Marks, Executive Director of Coalition for Good Governance, a non-profit non-partisan organization supporting the Georgia voter plaintiffs.

Voters with questions can contact Election Protection, a non-partisan voter protection program led by the Lawyers’ Committee for Civil Rights Under Law, at 866-OUR-VOTE. Mail ballot voters should be very diligent to cast their ballot in sufficient time to reach the election office no later than 7pm on Election Day. More ballots are rejected for late arrival than any other reason. Postmarks are not sufficient. Ballots must be received no later than 7pm on Election Day.

Today’s ruling and relief results from 2 lawsuits – one mounted by the Lawyers’ Committee for Civil Rights Under Law and the Coalition for Good Government, and another lawsuit filed subsequently by the ACLU.