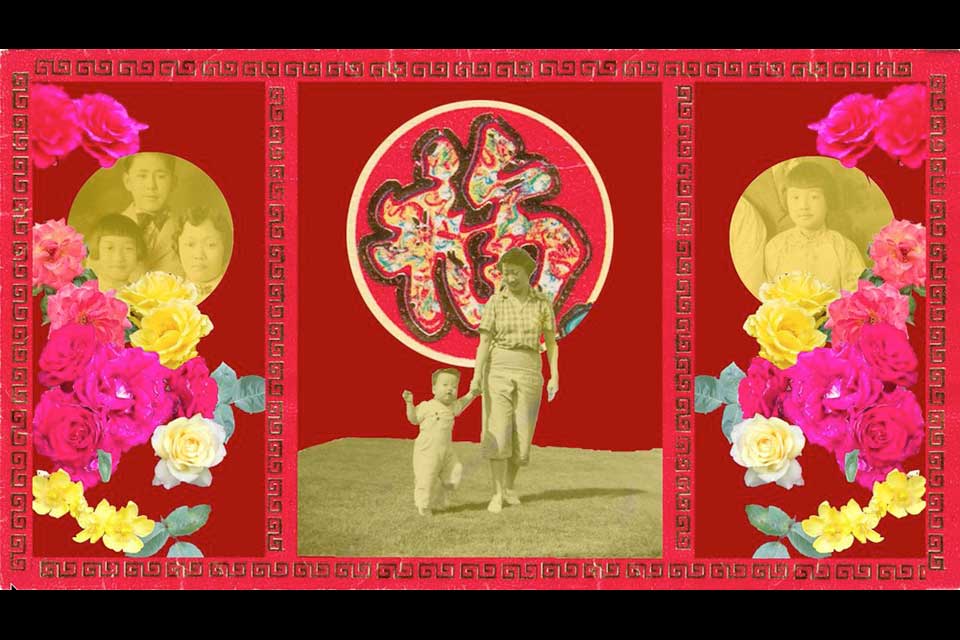 The exhibit is open through November 9, 2018 at the Portland Chinatown Museum located at 127 NW Third Ave, downtown Portland. 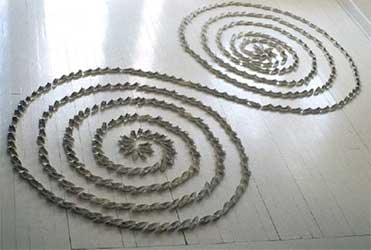 "My work included in this exhibit is rooted in a reverent response to the mysteries that were always part of having the lovely mom that I have, a Chinese mom—wonderment at her tool for counting, both elegant and enigmatic, and at the language I could not understand, but in which she seemed most buoyant while speaking." 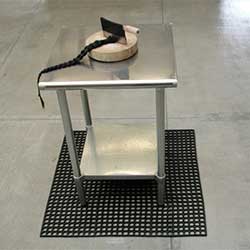 All-American utilizes the artist’s own hair—a braided queue as a visual element symbolizing the loss and sacrifice of early Chinese immigrants, while mourning our collective loss of cultural identities.

Roberta May Wong is a conceptual/installation artist with roots in Old Town Chinatown. Recent exhibitions include: Friends of Lin Bo, a Three-Person Exhibit at Artist Repertory Theatre (2017); We the People, Group show at Blackfish Gallery (2017) and I-Ching Revolution, an Installation at Indivisible (2016).

"This altar channels and remembers the power in recognizing strength in my family’s story to overcome the adverse situations that confront them. I have chosen to focus on inspiration found in the stories of my grandmothers, great-grandmothers, aunties, and mother. The circumstances that they were dealt and sacrifices they made created exponential opportunities for me and people of my generation."

Lynn Yarne is an artist and educator from Portland. Working within animation and collage to address generational narratives and histories, Yarne is curious about community, participatory works, magic, and rejuvenation. She holds a BFA from Rhode Island School of Design and an MAT from School of the Art Institute of Chicago. This is her first exhibition.

Law is a Portland-based installation and public artist who focuses on making creative projects with communities. The core of his art stems from his Asian American identity and his experience as an immigrant. His projects explore the effects of our current culture of consumption and the invisible foundation of a community--identity, memory and history. Law is also the creator/curator of Project RayOn, a Portland-based project aims to provide exhibition opportunities for artists who are interested to explore other artistic possibilities and personas, expressing their creativity very differently than their current work or artistic identity may permit.

About the Portland Chinatown Museum: The Portland Chinatown Museum opened in June 2018 and shines a light on the often forgotten history of Portland’s historic Chinatowns and provides a venue for contemporary Asian American artists in the Pacific Northwest to show their work. Located in the heart of the Chinatown/Japantown Historic District, in a rapidly gentrifying city that has been dubbed “the whitest big city in America,” the museum stands as a testament to Portland’s multiethnic past, present, and future. It serves to remind visitors that Chinatown and its inhabitants have been an integral part of Portland since the city’s founding. The museum’s construction has been made possible by generous support from the Chinese Community and grants from Prosper Portland, the Oregon Cultural Trust, the Oregon Community Foundation, and the Collins Foundation.