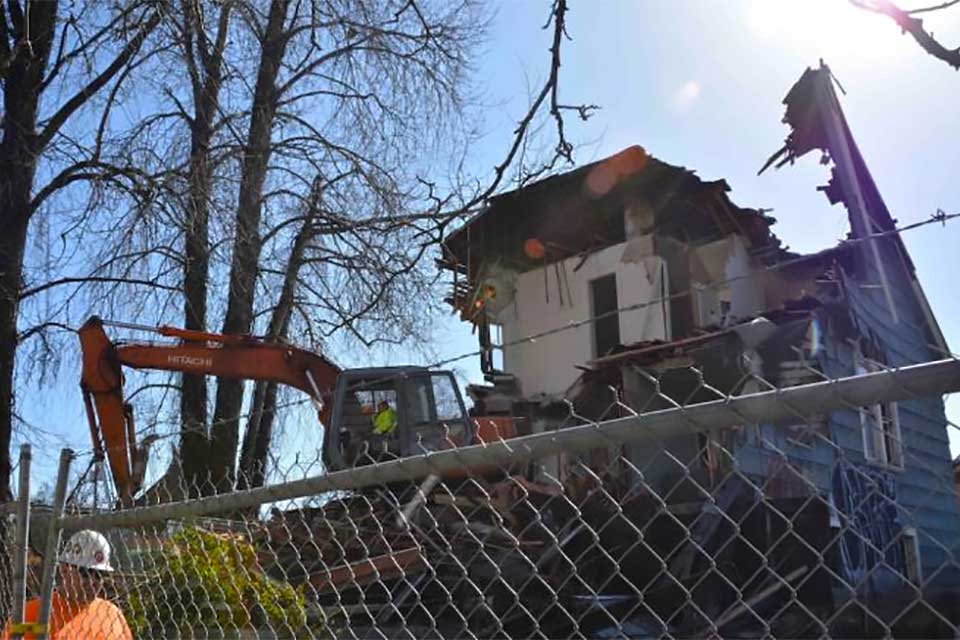 The NAACP wants the City Council to delay or reconsider a resolution that the civil rights organization says discriminates against African Americans and could displace people of color from their traditional North & Northeast Portland neighborhoods.

The resolution, passed by the council on June 13, addresses seismic risks to buildings with unreinforced masonry (URM) that could collapse during a 5.0+ magnitude earthquake.

The measure would disproportionately harm disadvantaged residents. Moreover, the city did not consult with them, has not adequately informed them and has not taken necessary steps to mitigate the damage and displacement the measure would cause, wrote E.D. Mondainé, president of the Portland chapter of the National Association for the Advancement of Colored People.

“My absolute hope is that it is not the thought of the Portland City Council, that the African American community of greater Portland, Oregon, stand idly by while being further marginalized and disenfranchised; nor walk silently while being continually oppressed, turning a blind eye toward injustice,” Mondainé said in a letter to Mayor Ted Wheeler and other members of the city council.

“I want to believe that Oregon is a place that values community, and a place that desires to be a part of healing.

Mondainé, Pastor of the Celebration Tabernacle Church and a small business owner in North Portland, likened the measure to the displacement of African Americans from the Albina neighborhood by the Portland Development Commission (PDC) in the 1960’s and 1970’s.

“The City Council declared the area blighted in 1964 (similar to what is happening now).

"The PDC tore down 160 houses and 28 businesses.” Mondainé said in his letter.

Under the current resolution, Mondainé said, buildings with unreinforced masonry will be “placarded,” a step he likened to the “blighting” of Albina, and one that will harm the property values of owners and could displace renters.

Regarding the current resolution, the NAACP president wrote: “The City of Portland, Oregon maintains that all affected property owners were notified via United States postal Services regular mail.

"However, a comprehensive survey of a council of African American Pastors, and several other African American business owners (myself included), all report not having received said notifications. The result is a great number of affected stakeholders that are both uninformed about their non-compliance status and excluded from the decision-making process. “

“The NAACP would like to believe that the city did its due diligence to inform the community concerning this issue; however, due to the harms that have been committed, and yet to be repaired, against the African American community ... the NAACP is requesting that the URM placarding be halted until an inclusive resolution has been drafted and approved by the community,” the letter said.

The letter quotes documentation from the city government that the database of unreinforced masonry buildings is not reliable.

“The negative implications surrounding placarding on all listed URMs will undoubtedly cause horrendous and costly ramifications to property owners. The ability to secure financing, and buy or sell property, will be severely hindered. The fact that The City of Portland’s URM list is unreliable becomes an immense injustice to the property owner, and a mischaracterization of said property” it said.

Oregon has a history of racial discrimination, and also of seeking to right the wrongs of the past, Mondainé wrote. “It is imperative to remember that in 1857, Oregon adopted a state constitution that banned black people from visiting the state, residing in the state, or holding property in the state. The law stated, ‘No free negro or mulatto... shall ever come, reside, or be within this State, or hold any real estate, or make any contracts, or sustain any suit therein.’”

“The NAACP Portland Branch is open to dialogue with City Council with hopes of orchestrating an inclusive plan that will help to ensure not only that the African American community is included in the resolution, but to also ensure that the African American community is provided with adequate support from the city to be in compliance. We hope that the City will make the righteous and equitable decision.

We are stronger together. I look forward to your response,” the letter said.

Portland City Council will vote October 10 to require plaques on unreinforced masonry buildings and notify tenants. Information about the proposed ordinance is available on the Portland Bureau of Development Services website. Comments can be sent to cctestimony@portlandoregon.gov.