Confirmed Case of Measles in Traveler to Portland Metro Area 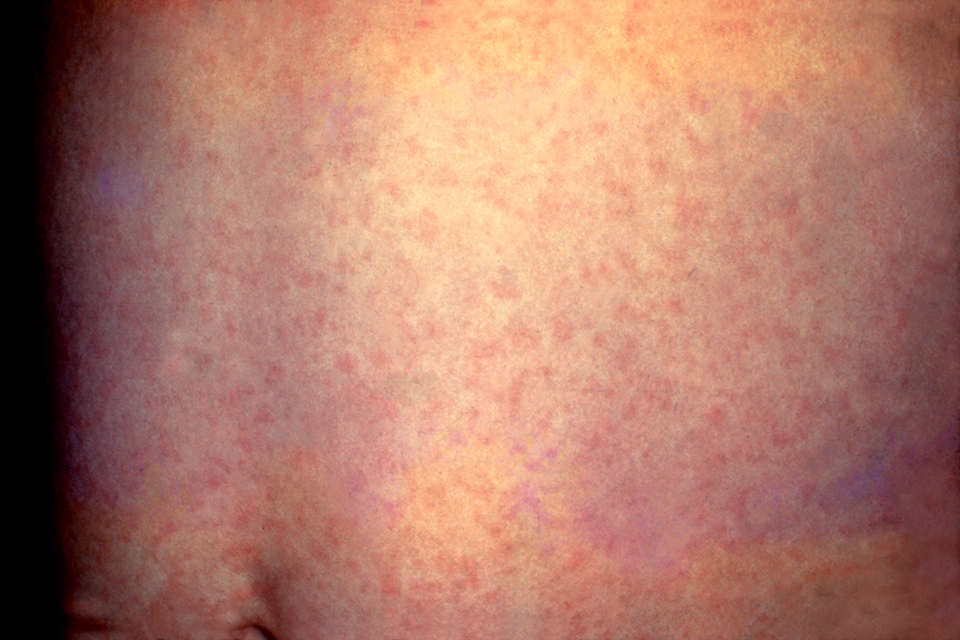 Laboratory testing confirmed a case of measles in an individual who traveled for a week throughout the Portland metro area. Oregon Health Authority is working with local public health agencies to notify individuals of their potential exposure and to inform them of steps to take to should they become ill, so as to prevent more cases. At this point, no additional cases of measles have been identified.

Measles is a highly contagious virus and spreads easily to people who are not vaccinated. It is spread through the air after a person with measles coughs or sneezes. People with measles can spread the virus to others before they show symptoms. The virus can also linger in the air for minutes to hours after someone who is infectious has left.

“The bad news is that measles is a serious disease, the good news is that if you've been vaccinated you're well protected,’’ said Paul Cieslak, MD, Medical Director for Communicable Diseases for the Oregon Health Authority Public Health Division. “This is the second time this summer that someone arrived in the Portland area sick with measles.”

Officials confirmed the case late yesterday, Aug. 10, 2018, in a person who was infectious and spent time in the Portland metro area during July 30–August 6. Public health officials are working directly with area businesses where the sick individual spent time. Most people in our area have been vaccinated against measles, so their risk is low. Risk may be higher for unvaccinated persons who were in these locations:

For this exposure, public health officials expect symptoms in anyone newly infected to appear any time over the next two weeks. There is no connection between this case and the measles cases that occurred in Multnomah County in June and July.

Measles poses the highest risk to people who have not been vaccinated, to pregnant women, infants under 12 months and people with weakened immune systems. A person is considered immune to measles if ANY of the following apply:

The symptoms of measles start with a fever, cough, runny nose and red eyes, followed by a red rash that usually begins on the face and spreads to the rest of the body. People are contagious with measles for four days before the rash appears and up to four days after the rash appears.

Common complications of measles include ear infection, lung infection, or diarrhea. Swelling of the brain is a rare but much more serious complication. For every 1000 children with measles, 1 or 2 will die from the disease.

After someone is exposed, illness usually develops in about 2 weeks, sometimes longer. Oregon public health officials are advising anyone who believes they have symptoms of measles to first call their health care provider or urgent care by telephone to create an entry plan to avoid exposing others in waiting rooms.

Anyone with questions about measles infection or the measles vaccine should call their primary care provider or their county health department. For more information on measles for the public, visit the Oregon Health Authority's measles information page or call the following numbers: