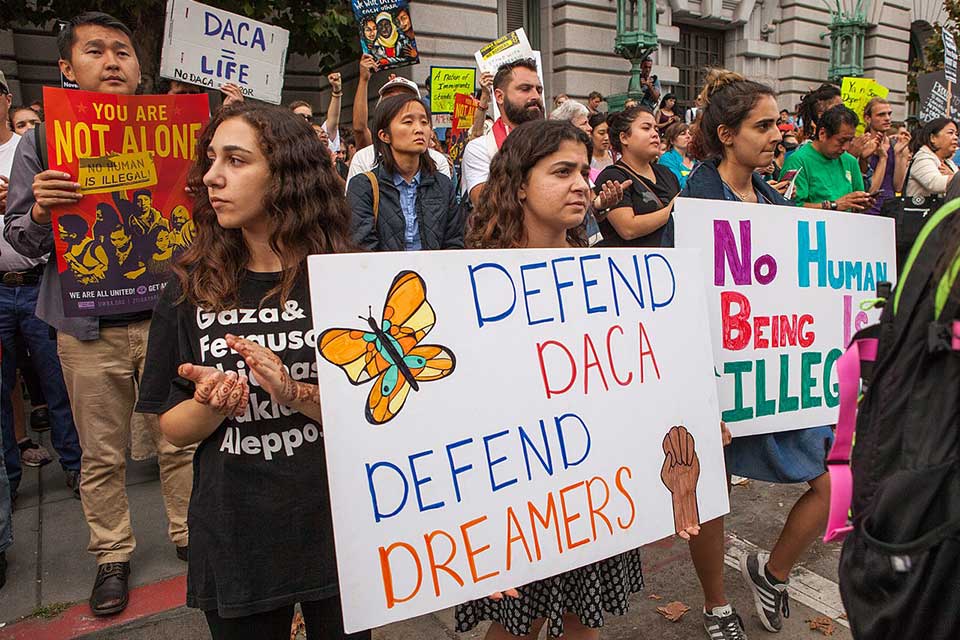 BALTIMORE – The National Association for the Advancement of Colored People (NAACP), the country’s original civil rights organization, celebrates a huge victory for DACA participants and DACA-eligible persons around the nation.

On Friday, August 3, 2018, the U.S. District Court for the District of Columbia affirmed its prior ruling that the Department of Homeland Security (“DHS”) violated the Administrative Procedure Act by rescinding the DACA program without sufficient explanation. Rejecting arguments by the federal government and newly articulated justifications from DHS Secretary Kirstjen Nielsen, the court ruled once again that the government failed to explain adequately its assertion that DACA is unlawful and it vacated the “Rescission Memorandum” which purported to terminate the DACA program.

“This represents a powerful victory against attempts to dehumanize immigrants who are law-abiding and productive residents of the United States and who were long ago brought to this country as children through no fault of their own,” said NAACP President and CEO Derrick Johnson.

The NAACP filed its case in September 2018 against President Trump, Attorney General Sessions, then-DHS Secretary Duke, U.S. Citizenship and Immigration Services, U.S. Immigration and Customs Enforcement and the Department of Homeland Security, in defense of people of color who are participating in or are eligible for the DACA program. The NAACP was joined in the case by two of the nation’s largest labor unions- the American Federation of Teachers (AFT) and the United Commercial Food Workers (UCFW). Later Princeton University and Microsoft Corporation filed a similar case that was joined with the NAACP case.

The NAACP and its co-plaintiffs successfully argued that the defendants failed in their efforts to articulate a legally sufficient justification for reneging on the commitments extended through the DACA program to undocumented immigrants who were brought to this country as children and who meet the program’s other eligibility requirements. Plaintiffs alleged that the rescission of the DACA program violated the Due Process Clause of the Fifth Amendment, the Administrative Procedure Act and the Regulatory Flexibility Act. The court ruled in April 2018 that the “Rescission Memorandum” issued by DHS in September 2017 violated the Administrative Procedure Act (“APA”) because it failed to explain adequately why the government concluded that DACA was unlawful. While vacating the Rescission Memorandum in its original order, the court gave the government 90 days to explain more fully the basis for its decision to terminate DACA. The government’s latest attempt to justify its decision fared no better than its first attempt, as the court once again found the explanation lacking and thus in violation of the APA. The court maintained its stay of the vacatur order for another 20 days in order to give the government time to decide what to do next.

“This is what happens when the government manufactures a bogus policy rationale for actions that are rooted in discrimination,” said Bradford M. Berry, General Counsel of the NAACP. “We applaud the court for its careful application of the governing legal principles to this case.”

Founded in 1909, the NAACP is the nation's oldest and largest nonpartisan civil rights organization. Its members throughout the United States and the world are the premier advocates for civil rights in their communities.