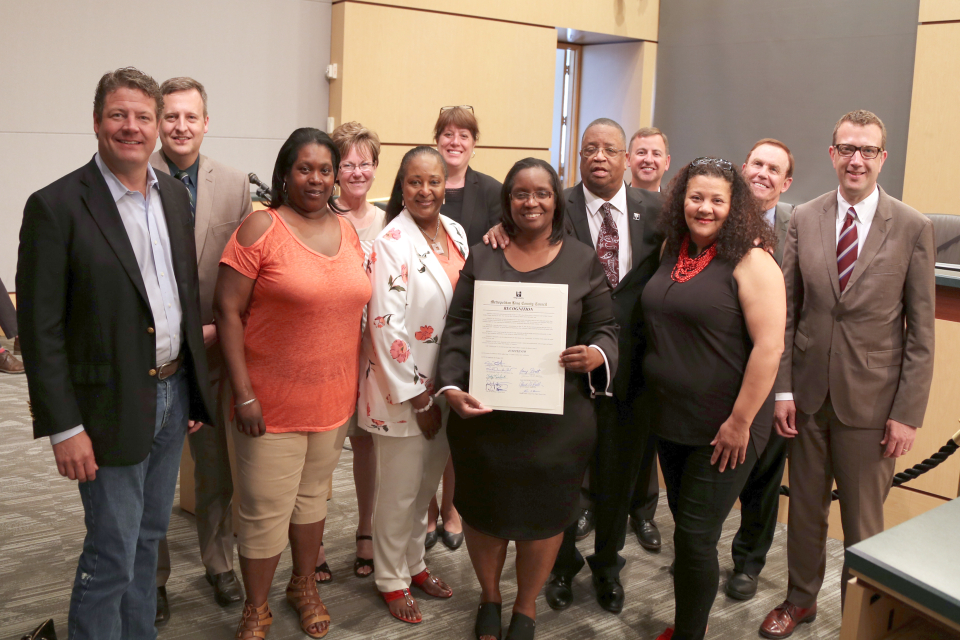 Yesterday, the Metropolitan King County Council recognized Juneteenth, the celebration of the end of more than two centuries of African American bondage in the United States.

“Juneteenth is now the closest occasion for there being a true ‘freedom day’ to celebrate in this country for people of African descent,” said Councilmember Larry Gossett, the sponsor of the proclamation. “Now, more than ever, people of Martin Luther King, Jr. County should understand the significance of Juneteenth.”

Two years after President Abraham Lincoln issued the Emancipation Proclamation, two months after Robert E. Lee surrendered his Confederate forces, and one month after the last official battle of the Civil War, the last Africans and African-Americans in bondage were told of their freedom by Union forces. That date, June 19, 1865, became a day of celebration for the African-American descendants of those freed slaves.

As those descendants left Texas and spread throughout the United States, they took the celebration with them, a recognition and remembrance of the challenges they faced then and today.