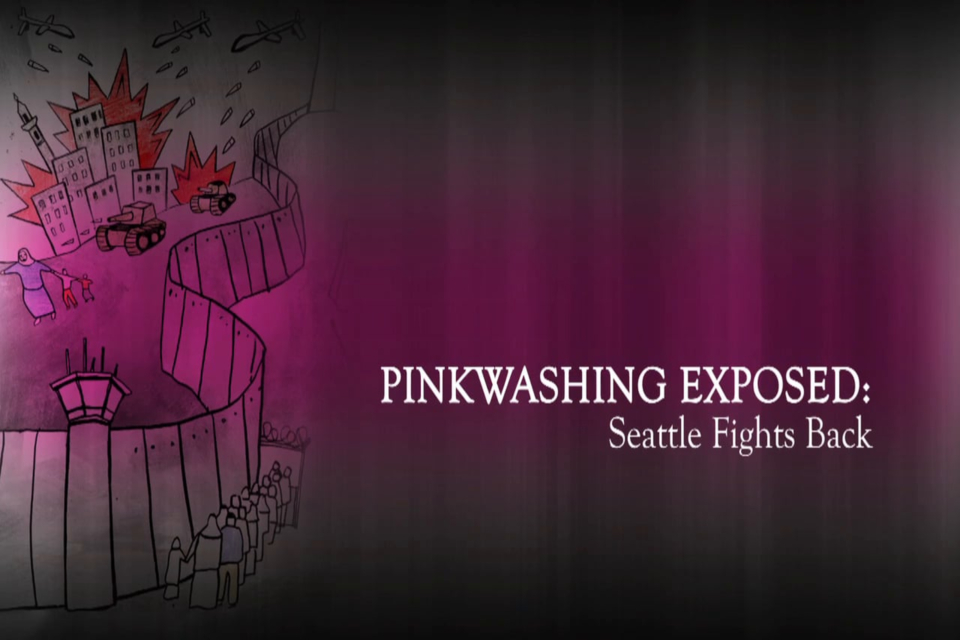 The Seattle LGBTQ Commission, Seattle Queers Against Israeli Apartheid, City Councilmember Kshama Sawant, the Seattle Disability Commission and interfaith community leaders to learn about and process the intricacies of Israeli-Palestinian relations and pinkwashing.

“Pinkwashing Exposed” is an hour-long documentary on anti-pinkwashing and Palestine solidarity activism in Seattle edited by Amy Mahardy and directed by Dean Spade. “Pinkwashing” is a term activists have coined for when countries promote themselves as “gay friendly” to divert attention from terrible human rights violations; this film examines Israel’s practices in this context.

In 2012, an Israeli Consulate funded speaking tour about LGBT issues traveled the West Coast. Activists in many cities, including Seattle, raised concerns that the tour was pinkwashing propaganda. “Pinkwashing Exposed” is the story of the controversy that emerged in Seattle when the LGBTQ Commission scheduled an event with the tour and later cancelled it after hearing concerns from Palestinian and Jewish queer constituents.

“Lacking a full understanding of pinkwashing and Israeli apartheid, the Seattle LGBTQ Commission became entangled with events that perpetuate pinkwashing in both 2012 and 2017,” reads a press release from the Seattle LGBTQ Commission promoting the upcoming screening. “In an effort to repair harm previously caused by our Commission, stand in solidarity with individuals throughout the world who face oppression, and educate more people about these important topics, we invite you to attend our film screening.”

The screening takes place from 6 to 8 p.m. May 24 in the Bertha Knight Landes Room at Seattle City Hall, 600 Fourth Ave.

The event will include slam poetry by a Youth Speaks performer and a panel discussion. Snacks will also be served.

RSVP by email to erika.pablo@seattle.gov.