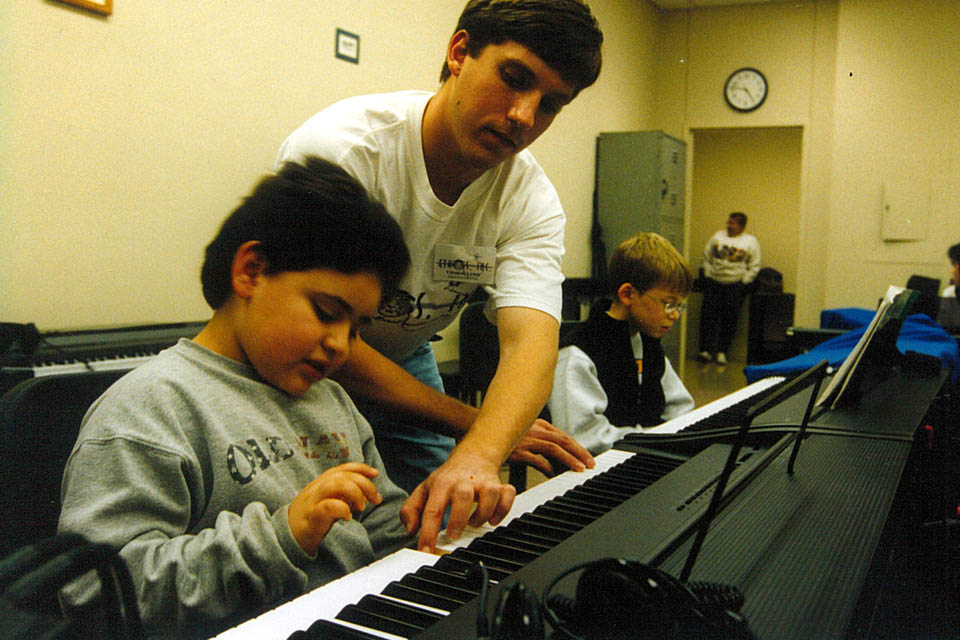 At Ethos Music Center’s upcoming 20th anniversary celebration gala, prominent Portland attorney Dave Baca will be honored with the organization’s Resonance Award. Baca, a former managing partner at Davis Wright Tremaine, has served on the Ethos Board of Directors since 2005. Baca is also the Board Chair at Linfield College.

The award will be presented at Ethos’ annual Ovation Gala on May 2 beginning at 5:30pm, held in the Pavilion Ballroom at the Downtown Portland Hilton. Tickets and sponsorships for the event are available here.

“Dave has been a steadfast supporter of Ethos’ mission of providing the life-changing power of music education to underserved youth,” says Ethos Board President Kat Rosenbaum. “He’s provided critical guidance and support to the organization for more than a decade. We’re honored to have him serve on the Ethos Board, and excited to be presenting him with the Ethos Resonance Award.”

During Baca’s tenure on the Ethos Board of Directors, the organization has grown into one of the largest music education nonprofits in the state, serving thousands of children every year through group and individual lessons at Ethos’ North Portland headquarters, after-school programs in low-income schools, and through the Music Across Oregon program, which places 10 AmeriCorps volunteers in low-income, rural communities to serve as full-time music instructors.

Also at the Ovation event, Ethos will honor Charles Lewis with the first-ever Visionary Award. Lewis founded Ethos in 1998 with a band of dedicated volunteers in response to school budget cuts that slashed music and arts programs. The first music classes were held in donated spaces on the University of Portland campus; within a few short years, the organization moved into its current location at the corner of N. Killingsworth and Williams. Lewis served as Ethos Executive Director until 2011.

“Twenty years later, Ethos still runs on the same mission that defined its founding: Ensuring that every child has access to music education, regardless of socioeconomic status or geographic location,” says Rosenbaum. “We’re all so grateful for Charles’ original vision and leadership in building up this great organization.”