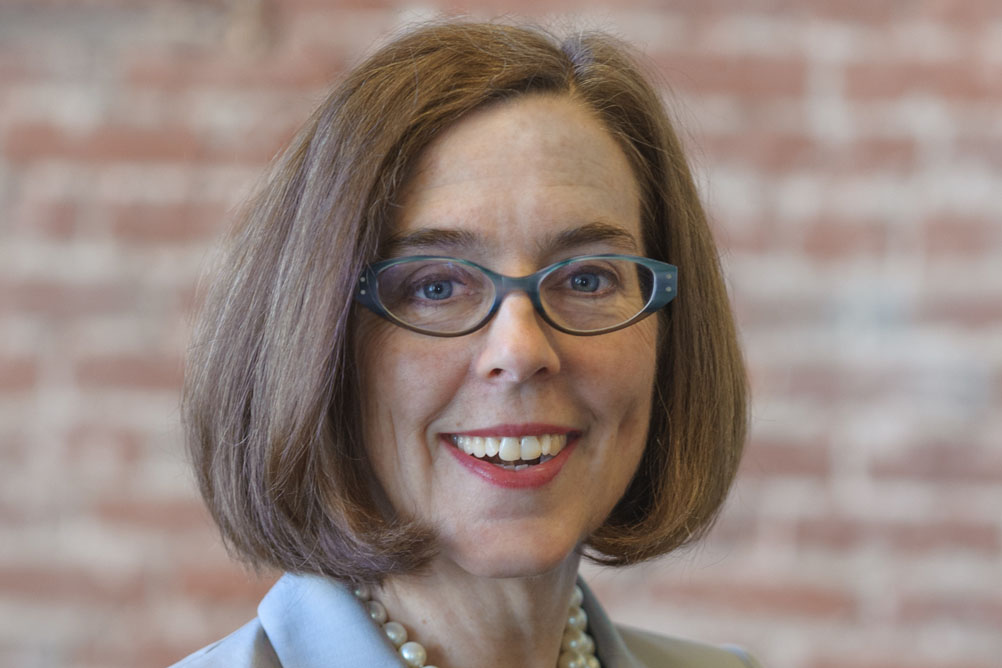 Oregon Governor Kate Brown today announced she will seek reelection in 2018. She released the following statement:

“The Oregon we all love is a special place. And we can all be proud of the reasons why. We have the fastest job growth in the country. Here, every Oregon child has access to health care. Here, we are sending high school graduates to community college for as little as $50 a semester.

“As governor, it’s my job to make Oregon an even better place to live, work and raise a family. We need to protect the Oregon we love so much and ensure that everyone has the chance to live a good life here.”

Eastern Oregon agricultural business leader and Republican Grant Kitamura said, “No other governor has stepped up for our industry in eastern Oregon the way Kate Brown has. She listened to our needs and delivered upgrades to transportation infrastructure that will help get our produce to market faster.” Kitamura is CEO of Baker & Murakami Produce Company in Ontario and President of the Malheur County Development Corporation.

Jim Root, a ranch owner from southern Oregon and lifelong Republican added, “Kate is a leader we can trust. Under her leadership, Oregon is showing the nation that we can conserve the land and grow the economy at the same time.” Root retired CEO of Sabroso Company, an international food-processing company headquartered in Medford and now owns a ranch in the Klamath River Basin with his family.

Kate released an online campaign ad. The video, narrated by the governor, highlights the progress Oregon has made, “growing the economy, protecting clean air and water and defending health care from Washington politicians.” It also draws a sharp contrast with the partisanship and rancor in the nation’s capital, noting the governor’s intention to “stand up to anyone who would take our rights away.”