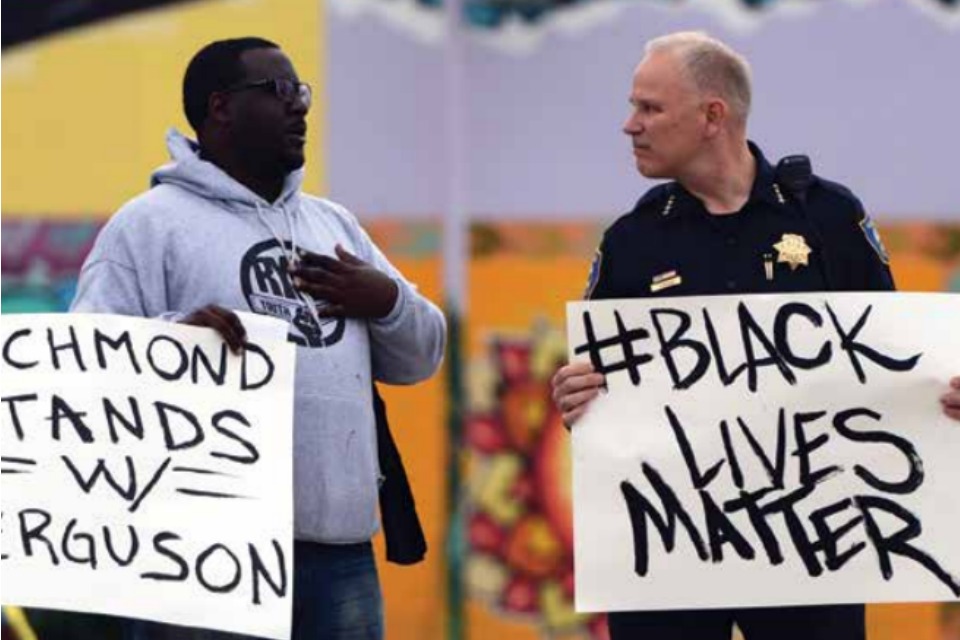 In response to recent events, including the deadly white nationalist violence in Charlottesville this weekend, the SPLC today released a new edition of Ten Ways to Fight Hate, its longstanding guide for effectively – and peacefully – taking a stand against bigotry.

“The ugly bigotry and hate on display in Charlottesville underscores a growing sickness in our country – one that’s become all too commonplace and increasingly lethal,” said Lecia Brooks, SPLC director of outreach. “It’s vital, especially right now, that compassionate people everywhere speak out for tolerance and inclusion.”

The SPLC is currently tracking 917 hate groups operating across America, including several that were involved in the white nationalist rally in Charlottesville.

Ten Ways to Fight Hate, which has been updated for 2017, sets out 10 principles for taking action, including how to respond to a hate rally that has targeted your town. It urges people not to engage white supremacists at their rallies. Instead, it offers tips for creating alternative rallies to promote peace, inclusion and justice.

It advises readers on how to promote tolerance and effectively speak out against discrimination. And it encourages today’s activists to join forces with other like-minded people, to support victims of hate crimes, and to expose and denounce prejudice.

Beginning Thursday, the SPLC will be running ads in major newspapers across the country that spell out the 10 principles, along with information about how to obtain the full guide. It is available for free download and will be distributed to community groups across America.

Last week, the SPLC released The Alt-Right on Campus: What Students Need to Know, which advises college students on how to respond when speakers associated with the growing white nationalist, or “alt-right,” movement, appear on campus.

The guide is a project of the SPLC on Campus program, which currently has chapters at 30 colleges across the country.

“We can overcome hate if good people effectively take a stand and work for unity,” Brooks said.