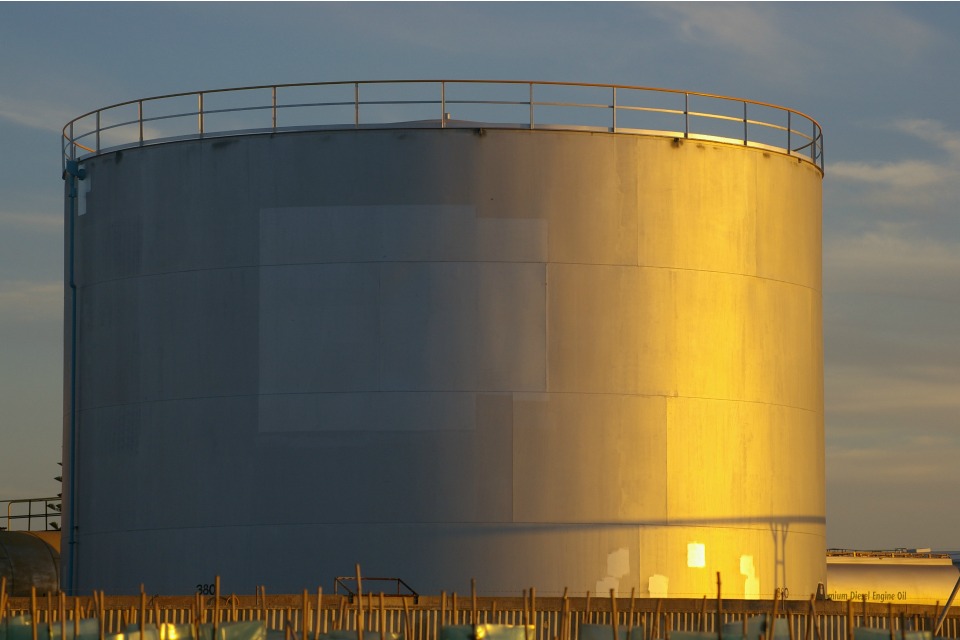 SEATTLE -- The Oregon Department of Environmental Quality and the U.S. Environmental Protection Agency combined efforts to protect Spoon Creek, a small stream midway between Salem and Eugene along the I-5 corridor, from a February 2016, spill of red dyed diesel fuel. The joint cleanup and enforcement action has culminated in two separate agreements with the Jerry Brown Company, Inc., a petroleum distribution company based in Eugene.

The agreements resolve alleged violations stemming from the release of agricultural diesel fuel from the company’s storage tank in Feb. 2016. The leak contaminated the farmer’s soil surrounding the tank, his nearby field, and Spoon Creek near Halsey, OR.  As a result of this joint action, nearly 3,000 cubic yards of diesel-soaked soil was removed for disposal and water quality near the site was monitored for just over a year.

After the company notified DEQ on Feb. 22, 2016, DEQ responders arrived at the grass seed farm to find that an estimated 900 gallons of red dyed (designates off road use) diesel had leaked from the 1,000-gallon aboveground storage tank. EPA and DEQ believe that the leak occurred sometime after a fuel delivery to the farm on Feb. 11, 2016. The fuel leaked from the bottom of the tank, seeped into the soil around the tank and followed channels and rills across the property to Spoon Creek, just northeast of the property.  EPA was notified by DEQ and sent a responder to the scene for reconnaissance purposes and to support DEQ.

With the response already underway, EPA’s responder arrived to witness puddles of fuel still pooled across a wide area, which was waterlogged from recent heavy rains. Oil sheen was documented along a one and three quarter-mile section of Spoon Creek. Spoon Creek flows through Walton Slough and into the Calapooia River, some 10 miles downstream. The Calapooia River is a tributary to the Willamette River.

“Oregon’s rivers, lakes and groundwater are among its greatest natural resources and DEQ and EPA work diligently to safeguard them,” said DEQ Director Richard Whitman. “This settlement is an example of the close working relationship between DEQ and EPA and the agencies’ continuing commitment to protecting the waters of Oregon.”

Both the Calapooia and the Willamette River downstream, are home to several threatened and endangered species, including Chinook salmon, winter steelhead, Oregon chub and Pacific Lamprey.  Fortunately, no oiled fish, birds or other wildlife were seen during an initial site survey led by the Oregon Department of Fish and Wildlife.

The company paid a $9,900 penalty to EPA and a $13,200 penalty to DEQ as part of the agreements. The Jerry Brown Company, Inc., also shouldered the cost of a cleanup crew at the site (numbering up to 20 personnel) over approximately one month.  The company also paid an estimated $100,000 for removal and disposal of approximately 2,800 cubic yards of diesel saturated soil.

Following the initial joint response, DEQ quickly took the oversight lead for the company’s cleanup effort and ultimately de-mobilized from the site on March 1, 2016. Under the agreement with DEQ, the Jerry Brown Company, Inc., also committed to performing a year of water quality monitoring at the site. The final samples are scheduled to be pulled this month (July 2017).  A few initial detections of spill-related fuel have given way to no detections over the past several months.

“Oregon DEQ had this spill managed right out of the gate,” said Jeff Kenknight, manager of EPA’s Water and Wetlands enforcement unit in Seattle. “By working together to safeguard Oregon’s water quality, we can use federal tools and authorities where they can do the most good. This kind of teamwork means Oregon’s treasured rivers, lakes and streams get the protection they deserve.”