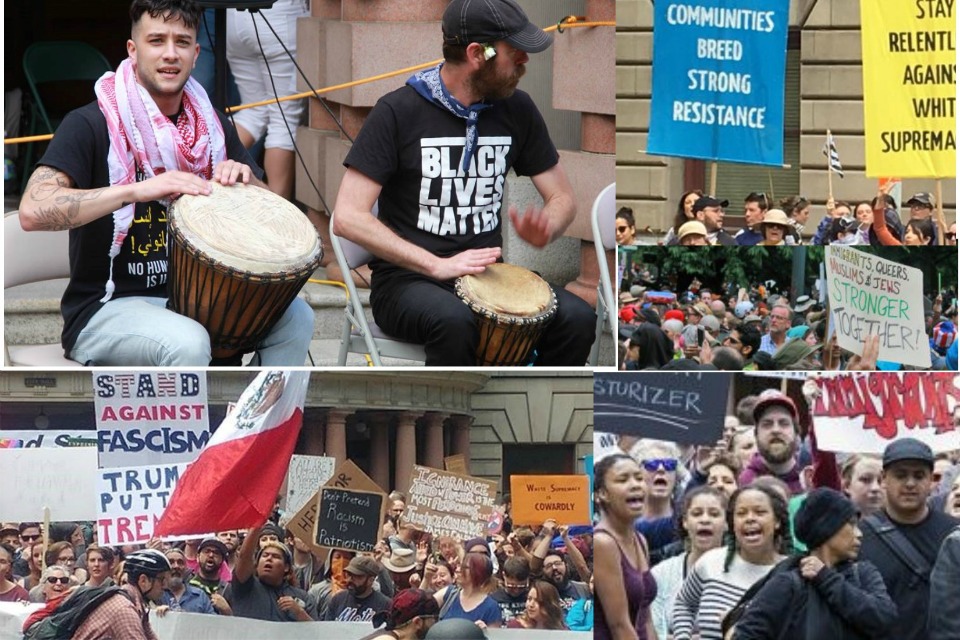 On June 4, Portland Stands United Against Hate, with the endorsement of 70+ community, faith, labor, and student organizations, peacefully rallied at City Hall with over 1,500 concerned residents to send a message to far right bigots, who were staging a “Trump Free Speech” rally across the street.

On Sunday, Aug. 6, the same groups are staging a “Freedom March” on the waterfront at the Salmon Street fountain.

Counter-demonstrators affiliated with the groups listed below are gathering in solidarity with communities who are under attack and calling on activists and concerned residents to join a peaceful mass mobilization on the Portland waterfront, in front of the Battleship Oregon Memorial (SW Pine) at 1:30 p.m. Aug. 6.

Initial endorsers for this event include: