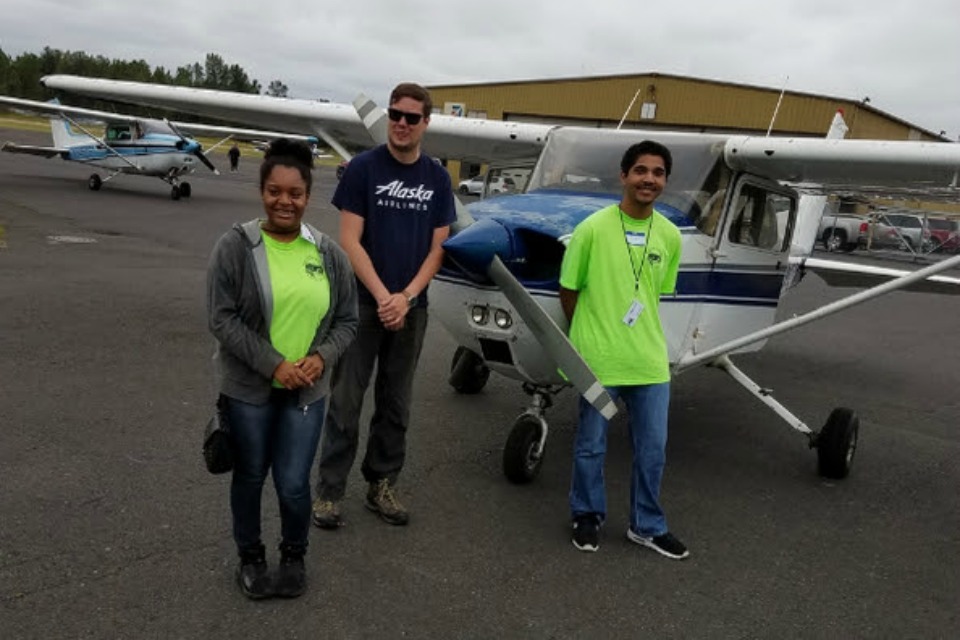 During the last week of June, two rising sophomores attended the Introduction to Aviation camp at Pearson Airfield in Vancouver. The students, Deovia Morales and Jacobi Lacey, applied and were selected by the science department faculty.

The camp uses projects and field trips to help students learn about different aspects of aviation and the basics of flight.

Activities included flying a radio-controlled airplane, practice flying with a flight simulator, and a behind the scenes look at the Portland International Airport control tower.

On the last day, each student went up in the air in a small plane with a flight instructor, and were able to take the controls of the plane once up in the air.

Said Deovia, "My favorite activity was going on the plane simulators, they definitely help when finding out how to test different things that the plane can do. I learned about how the weather and how air can affect the plane in many ways. I also found out how little movements of the plane's wing can cause many different outcomes."

"Along with this I found out about many jobs that make sure the plane gets to where it needs to go," continued Deovia. "I would recommend this to any other student who enjoys planes, science or anyone who wants to become either a pilot or wants to work in a similar field."