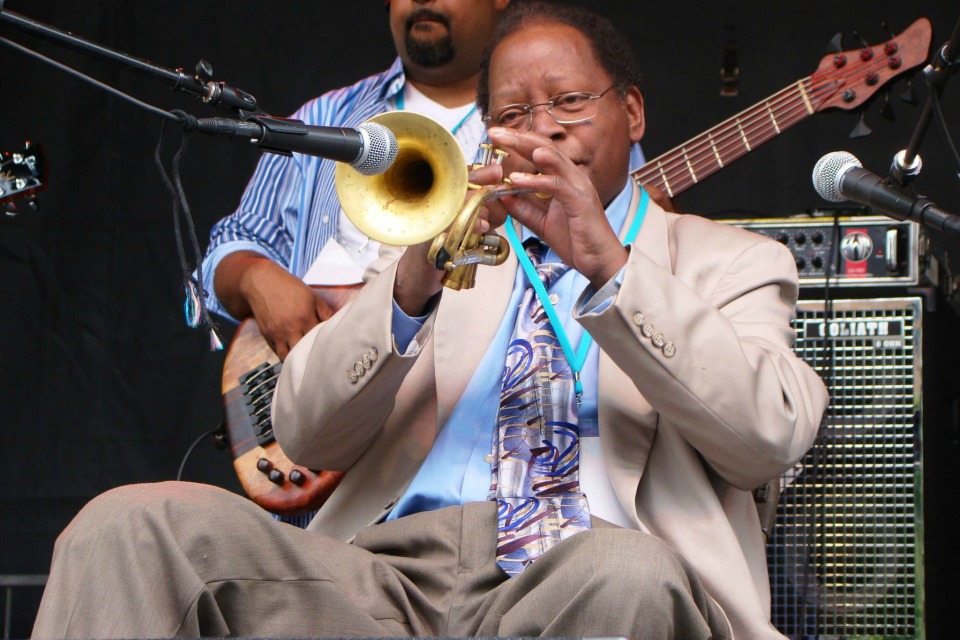 Portland jazz musician and educator Thara Memory passed away Saturday night at the age of 68.

Memory was well-known in the Portland jazz scene. He taught at Wilson High School and created the American Music Program at King Elementary School, a magnet school program drawing students from all over the Portland metropolitan area to learn to play jazz.

An Oregon Music Hall of Fame inductee and protégé of Miles Davis, Memory also won a Grammy in 2013 for his arrangement, “City of Roses,” which was performed by his most famous protege, Esperanza Spalding.

“Thank you for believing in me; for pushing me; for giving me opportunity again and again to stand in your light and work on projects together that mattered,” Portland writer and musician S. Renee Mitchell wrote on Facebook Saturday night.

“Thara Memory was our 2012 Portland Jazz Master,” Don Lucoff, executive artistic director of the Portland Jazz Festival, told The Skanner. “We honored him for his service to the music and what he’s brought to Portland in particular.”

Lucoff said Memory “put Portland on the map nationally from an education standpoint,” with former students going on to study at The Julliard School and Berklee College of Music. In 2015 Memory’s high school band won the Jazz at Lincoln Center’s Essentially Ellington competition in New York.

Memory was born in Tampa, Fla., raised in Eatonville and educated at Alabama State University. He started teaching at Portland State University in 1971 and formed the university’s first jazz band.

Best known for his contributions to the jazz scene, Memory also composed and conducted classical music. He also collaborated with Mitchell on “Sherman,” a historical jazz operetta based on the life of Sherman Thomas, a saxophonist active in Northeast Portland active in the 1960s and ‘70s, when Williams Avenue was known as “Black Broadway.”

Members of Memory’s family could not be reached for comment, and no memorial service has yet been announced.

In February Memory was charged with eight counts of third-degree sex abuse, two of attempted sexual abuse and one count of harassment, all stemming from allegations made by former students.