OSF to Hold Community Celebration to Re-open ‘the Bricks’ 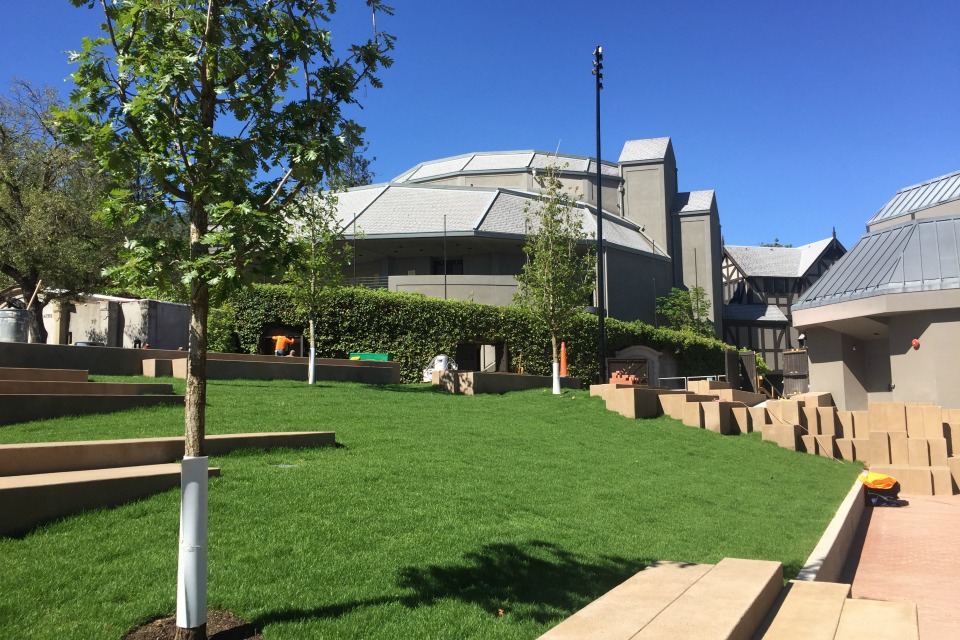 The Oregon Shakespeare Festival invites the community to an “Access for All Brick Courtyard Celebration” Thursday, June 15 beginning at 5:00 p.m. There will be live music, food and beverages, face painting and other activities, culminating with a program celebrating those who have donated and raised funds for the newly renovated space, and a performance by Infinite Flow—A Wheelchair Dance Company on the new Green Show Stage.

The 2017 Green Show season will commence the following evening and continue every Tuesday through Sunday through October 15.

The three phases of OSF’s $5.1 million “Access for All” campaign are designed to make the OSF campus more accessible and welcoming, particularly for patrons and company members who have mobility issues. The campaign is made possible by the generous support of principal donors Joel Axelrod and Dr. Judy Yin Shih.

Phase Three of the “Access for All” campaign will take place in November — December, with the addition of seven wheelchair and companion seats in the Angus Bowmer Theatre to meet patron needs.

Kamilah Long, OSF’s manager of capital campaigns and leadership alliances, says the renovations and upgrades also carry out the mission of the Festival. “Improving the functionality and aesthetics of our campus is a tremendous accomplishment, and the added beauty of it is that the campaign also supports the Festival’s core mission and long-term goals,” she stated. “At its foundation, ‘Access for All’ is grounded in OSF’s commitment to diversity, inclusion and equity. These renovations increase accessibility and inclusion in their purest forms, by making it physically easier for patrons with all levels of ability to attend plays and the Green Show.”

Founded by Angus Bowmer in 1935, the Oregon Shakespeare Festival (OSF) has grown from a three-day festival of two plays to a nationally renowned theatre arts organization that presents an eight-month season of up to 11 plays that include works by Shakespeare as well as a mix of classics, musicals, and world-premiere plays and musicals.

OSF’s play commissioning programs, which include American Revolutions: the United States History Cycle, have generated works that have been produced on Broadway, throughout the American regional theatre, and in high schools and community theatres across the country. The Festival draws attendance of more than 400,000 to approximately 800 performances every year and employs approximately 575 theatre professionals.