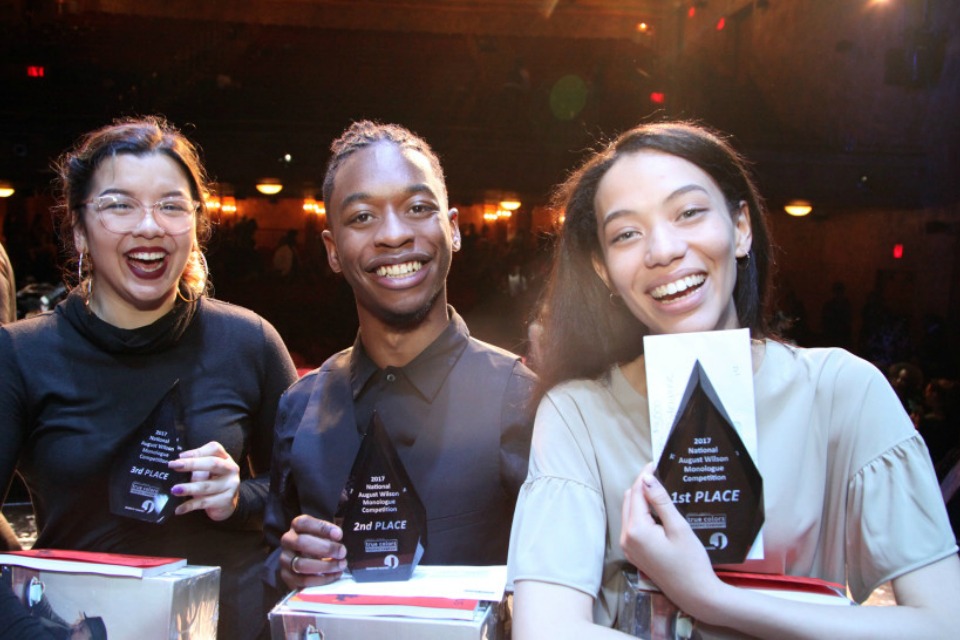 Alexis wowed the judges with a monologue from August Wilson’s play King Hedley II as the character “Ruby,” the same monologue that awarded her 1st place in the Portland Regional Finals this past February. Fellow Portland Regional Finalist Jazanna-Marie Riddlesprigger also brought her no-nonsense, tell-it-like-it-is performance of the character “Berniece” from The Piano Lesson. These two students put our city on the map, putting us on par with heavy-hitting cities such as New York, Atlanta, Chicago, and beyond.

New York City’s Sarah Rodrigues took 1st place in the finals performing as “Rose” from Fences, and 2nd place was awarded to Ryan Lewis of Atlanta, who portrayed “Memphis” from the play Two Trains Running.

Tony-award winning director and Founder of the August Wilson Monologue Competition, Kenny Leon, was the emcee of the evening and led the audience in rounds of “August Wilson Trivia,” reading portions of his monologues out loud while audience members tested their knowledge of Wilson’s plays and characters. His co-host, and a friend of the Red Door Project, Russell Hornsby, announced students’ names throughout the night and added his own fun and flair to the evening. Special guest, only son of stage and screen stars Ossie Davis and Ruby Dee, Blues singer and storyteller, Guy Davis performed several songs as judges deliberated, and a special tribute was given to legendary actor and Wilsonian Solider Bill Nunn, who passed away late last year in Pittsburgh, PA.

August Wilson is more famous than ever with the new film version of his play Fences, starring Denzel Washington and Viola Davis, and with the Tony Award nomination for Best Revival for his play Jitney.

The August Wilson Red Door Project changes the racial ecology of Portland through the arts.