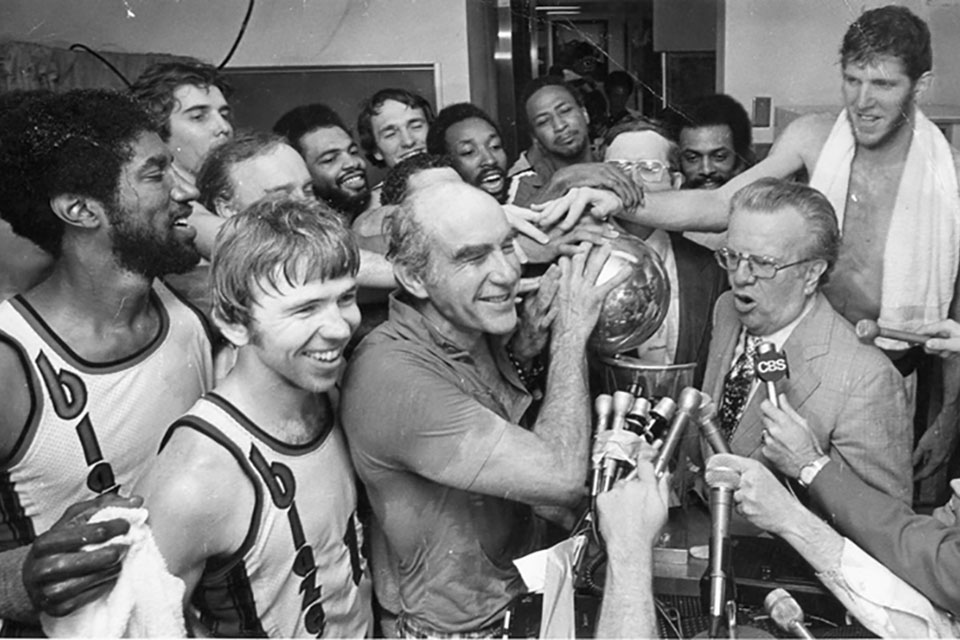 PORTLAND, ORE. - In honor of the 40th anniversary of the moment that Blazermania captured the entire city, the Portland Rose Festival named the 1977 World Champion Portland Trail Blazers Grand Marshal for the 2017 Spirit Mountain Casino Grand Floral Parade, on Saturday, June 10, at 10:00 a.m.

Founded in 1970, the young Trail Blazers became only the second team in NBA history to go all the way in their first trip to the playoffs. Down two games to start the seven game series, the Trail Blazers roared back to win it all and took the fans along on one of history's greatest playoff rides.

"Many of us here at the time remember exactly where we were that day," said Brett Baker President of the Portland Rose Festival Foundation. "For Oregonians, it was bigger than the moon landing, and when that final buzzer sounded the entire state jumped for joy. I'm thrilled to relive that moment a little and honor the team as Grand Marshal on their 40th Anniversary."

“We're honored that the Rose Festival selected our 1977 Championship team with this distinction," says Chris McGowan, President and CEO of the Trail Blazers. "Much like the Grand Floral Parade, our organization takes tremendous pride in its history and our relationship with the people in this community. I can’t think of a better way to celebrate the 40th Anniversary than with Trail Blazers players parading the streets of Portland once again.”