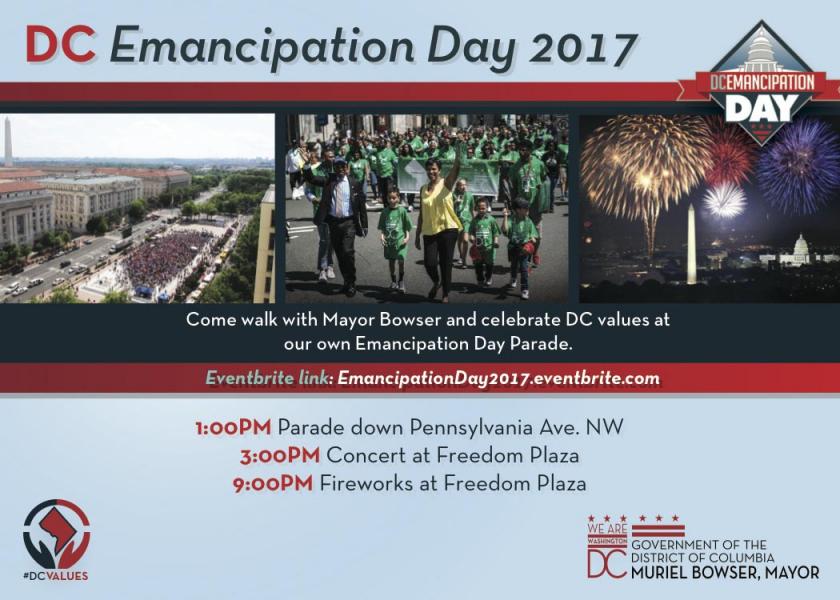 Emancipation Day festivities will be held on April 8, 2017. These include the parade at 1 p.m., the concert at Freedom Plaza at 3 p.m. and fireworks at 9 p.m.

Register to attend or view the flyer.

The District of Columbia Compensated Emancipation Act of 1862 ended slavery in Washington, D.C., freed 3,100 individuals, reimbursed those who had legally owned them and offered the newly freed women and men money to emigrate.

It is this legislation, and the courage and struggle of those who fought to make it a reality, that we commemorate every April 16, D.C. Emancipation Day.