Kali Thorne-Ladd to Serve as PCC’s Board Chair 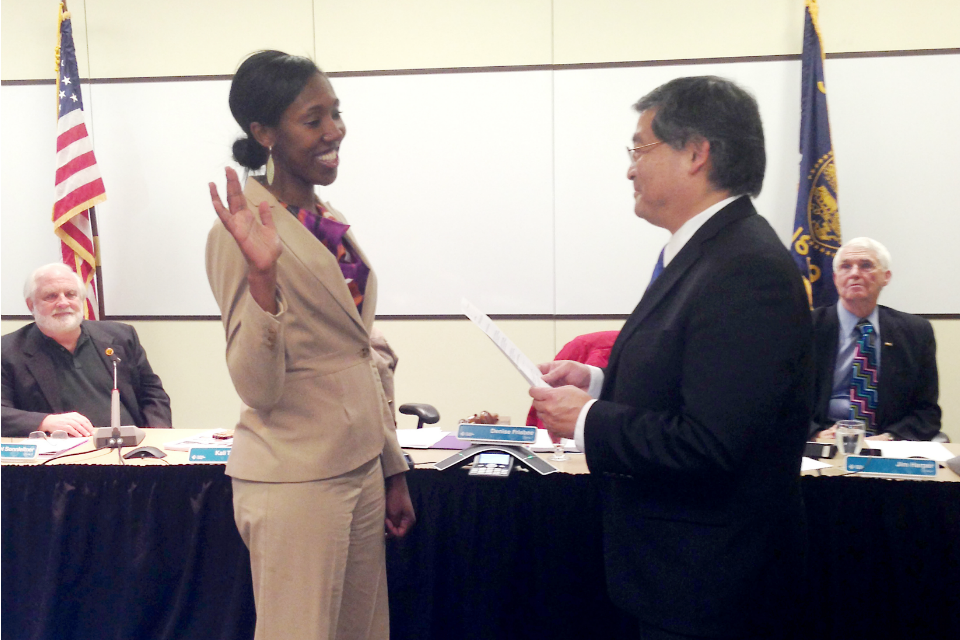 On Jan. 19, the Portland Community College Board of Directors named Kali Thorne-Ladd as chair of the board from her previous position as vice chair. She replaces former chair Gene Pitts (Zone 6) who resigned last month.

Appointed in 2012 and elected in 2013, Thorne-Ladd represents Zone 2, which includes North Portland and portions of Columbia County.

She is the first African American woman to serve as PCC’s board chair, and at 39 years old, she is also the youngest.

Thorne-Ladd is co-founder of KairosPDX, a non-profit organization focused on access to quality early learning opportunities for historically underserved children. She also worked for the City of Portland Mayor’s Office as the education strategies director overseeing policy and direction for the mayor’s key education initiatives.

Her involvement with the college’s Future Connect Scholarship Program is where Thorne-Ladd was first introduced to PCC, which prompted her to pursue a board position. She holds a master’s degree in Education Policy and Management from Harvard University.