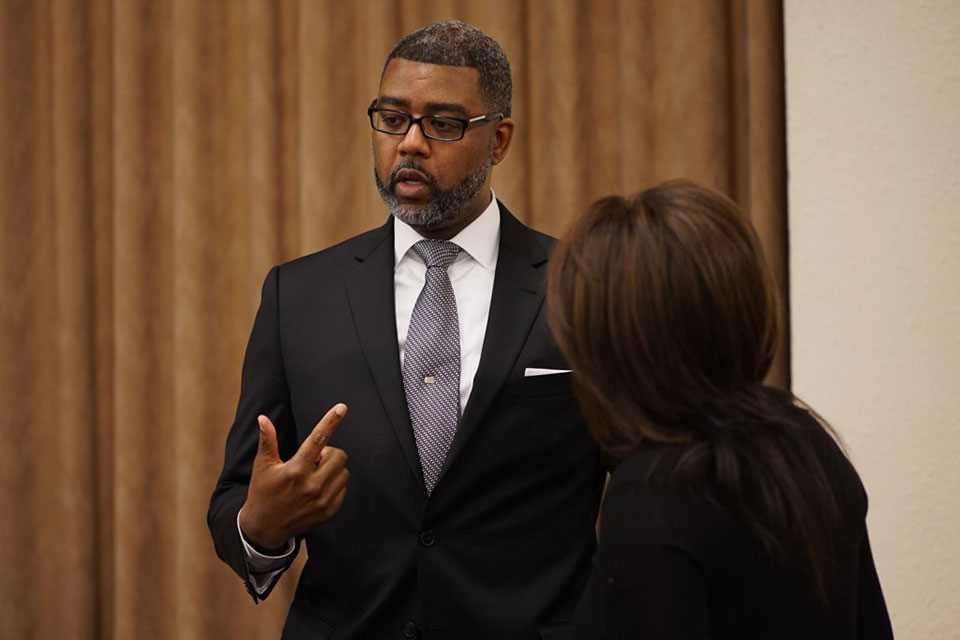 By The Skanner News
Published: 23 November 2016

Members should check-in by the door near the parking lot. Please bring valid identification and your membership card with you; after you've been confirmed as a member, you will receive a ballot so that you can cast your vote. DeCharlene Williams is the Chair of the Election Supervisory Committee.

Upthegrove Introduces Ordinance to Prevent County Use of Private Prisons

Metropolitan King County Councilmember Dave Upthegrove today introduced legislation that would prohibit the County from entering in any contracts with private prison companies to house adult or juvenile detainees. Private facilities have dubious records when it comes to safety. A 2016 report by the U.S. Department of Justice found that contract prisons had a higher rate of safety and security incidents, including a higher rate of assaults on both staff and inmates.

Earlier this year, the U.S. Department of Justice committed to limit the practice of contracting with non-governmental organizations, though it is unclear whether President-Elect Trump will honor that commitment. He has previously expressed support for the use of private detention centers.

King County does not currently contract with non-governmental detention facilities, but there is nothing in existing policy that would prevent it in the future. This ordinance ensures that the current practice of incarcerating inmates at county facilities continues. Other jurisdictions, including the State of Washington and the federal government, contract with private prison companies as a way to alleviate overcrowding.

In 2000, the County Council recognized that increases in criminal justice expenditures were outpacing the county’s ability to pay for these increases. Over the last several years, leaders in the King County criminal justice system have engaged in an intensive effort to reduce the use of secure detention through offering alternatives to incarceration where appropriate and programs that lower the likelihood an inmate will re-offend. As a result of these actions, King County is able to meet the current and projected detention needs.

The Seattle Office for Civil Rights (SOCR) has proposed Administrative Rules for the new source of income protections that amended the City of Seattle's Open Housing Ordinance (SMC 14.08, CB118755). Members of the public have until 5 p.m. on Dec. 2 to comment on the proposed Rules.

The Rules provide guidance regarding several provisions of the ordinance, including:

Please send comments to [email protected] or in writing by December 2 to:

The full text of the rules is available here. For more information, please call 206-684-4514. This information is available in other formats on request for people with disabilities. Language assistance services also are available on request.

This year's theme is "embracing the present through honoring the past, and carrying the torch to the future." The event is free and open to the public. Light refreshments will be provided.

Vargas is a Pulitzer Prize-winning journalist and filmmaker whose work centers on the changing American identity. He is the founder of Define American, a non-profit media and culture organization that seeks to elevate the conversation around immigration and citizenship in America.

Vargas takes audiences deeper into his story, sharing details of his journey to America from the Philippines as a child; his journey through America as an immigration reform activist; and his journey inward as he re-connects with his mother, whom he hadn't seen in person in over 20 years. With anecdotes from both his own story and the struggles of countless other undocumented immigrants in America, Vargas poignantly explores one of the most divisive questions facing the country today: “how do you define ‘American’?”

This event is accessible; ASL interpretation provided. To request an accommodation for a disability: (206) 684-4540 or [email protected].