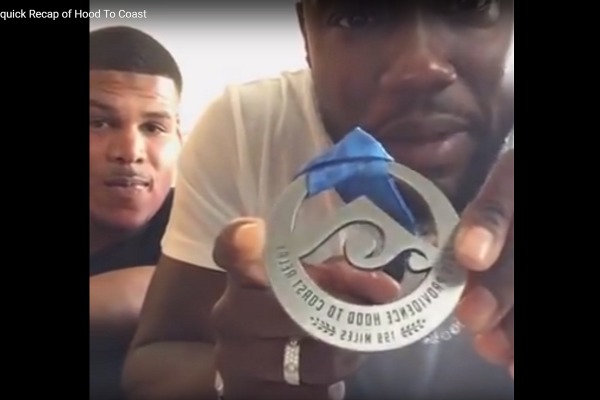 The actor and comedian Kevin Hart spoke about his experience running in the Hood to Coast relay this weekend.

Hart posted a 13-minute video to his Facebook page after he finished running in the 198 mile race. He spoke fondly of the people of Portland and how supportive they were to the runners.

Hart trained for the event, but still found it to be a rigorous and challenging feat. Still, he said he plans on being back next year for the 36th annual Hood to Coast Relay.

Watch the video below. (Warning, the video contains profanities)