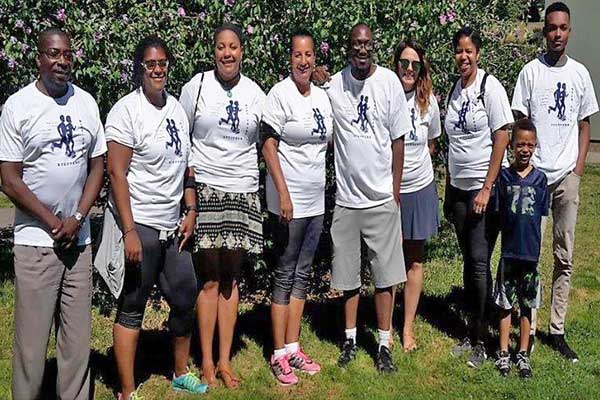 BEAVERTON, ORE. – August 11th, 2016 – The 2016 Providence Hood and Portland To Coast Relays presented by the Oregon Lottery, and the Portland To Coast High School Challenge presented by Les Schwab Tires, will kick-off August 26th at Government Camp and in Southeast Portland. Once again, the events will welcome participants from all over the world, the United States, and the northwest. The West Coast Steppers will be walking on behalf of The Skanner, a website and newspaper established in 1975 in Portland, OR.

The West Coast Steppers are participating to help raise awareness for health and wellness in the African American community. “We are running to be part of a team with a shared goal of displaying strength, passion, and endurance,” said Team Co-Captain Marjorie Phillips. “We train together, we support each other, and we believe in the values of strength in ourselves, family, community, and our team.”

The West Coast Steppers are comprised of seven members from Portland and five from outside the state of Oregon, including California, Illinois, Texas, and Washington. The team participated in the epic weather conditions of 2015, which helped them build team unity. “The best moment in the race was walking across the finish line together as a team,” said Team Co-Captain Clarence Stone.

The 2016 Hood to Coast and Portland to Coast Relays will be held from August 26th to 27th. The race stretches from Timberline Lodge to Seaside, ORE., where over 70,000 people will attend the finish line party.