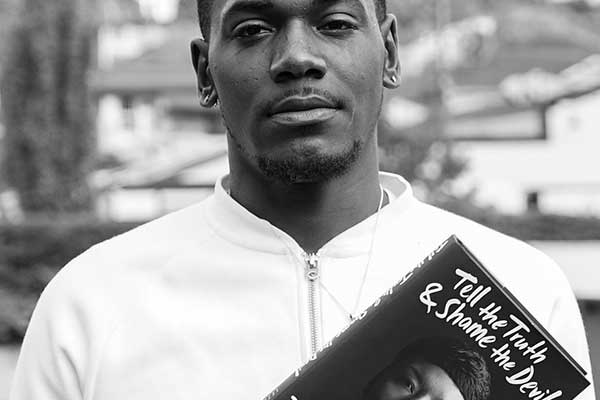 Seattleites can download free local music thanks to The Seattle Public Library's new online Seattle music collection called PlayBack. Music from 50 local artists are now available at playback.spl.org, including Tomo Nakayama, Fly Moon Royalty, The Not-Its! and more. Anyone can stream the albums for free, and Library cardholders can download and keep any music in the PlayBack collection.

To celebrate the artists in this new collection, the Library will host a free launch party from 6 p.m. to 9 p.m. Aug. 25 at the Columbia City Theater, 4916 Rainier Ave S. There will be live music by PlayBack artists Sun Breaks and Fly Moon Royalty. Between bands, KEXP’s DJ El Toro will play music by other artists from the PlayBack collection. There will also be a cash bar. Doors open at 5:30 p.m. and early arrival is encouraged. The event is for adults ages 21 and up.

PlayBack is open to all Seattle-area musicians who record or perform in the city of Seattle and have had an album produced within the last five years. PlayBack is intended to be an ever-expanding collection of Seattle's musical culture, and a total of 100 new albums will be available each year through the Library's catalog.
The jury for the first submission period included:

A second submission period will open later this year. More information will be posted on PlayBack's Information for Artists page.
Funding for PlayBack has been made possible with the generous support of The Seattle Public Library Foundation.
For more information, visit www.spl.org/playback, call 206-386-4636 or Ask a Librarian.

This week Seattle City council unanimously approved a law that will significantly expand protection for renters in Seattle. Currently it is illegal to discriminate against residents who use a Section 8 voucher; the new law also will protect people from discrimination based on other sources of income, including pensions, Social Security, unemployment insurance, child support payments or any other governmental or non-profit subsidy.

Mayor Murray has said he will sign the ordinance, which also will create a new first- come, first-served screening process to help address housing discrimination. In addition, landlords will be required to accept pledges from community-based organizations to remedy nonpayment of rent if funds are received within 5 days of an eviction notice.

In April of 2016, Mayor Murray sent a legislative proposal to City Council expanding civil rights protection to renters with legal and verifiable non-wage sources of income as one step to address the growing affordability crisis in Seattle. The proposal was a recommendation of the Housing Affordability Living Agenda.

The Seattle Office for Civil Rights will begin enforcing most provisions of the ordinance 30 days after Mayor Murray signs it into law. The “first in time” policy will go into effect on Jan. 1, 2017.

Read the full text of the ordinance.

This Saturday the City of Seattle will host CityScoop, a way to share ideas with city staff and enjoy a free ice cream as well. The city has important topics where we need your input, so we invite you to relax in our tents, provide us your feedback, and enjoy a free treat courtesy of Full Tilt Ice Cream.

CityScoop will be open from 1 p.m. to 3 p.m. on Aug. 13. You’ll find us on Rainier Avenue between Dawson and Brandon Streets just south of the Rainier Valley Heritage Festival and on the route of Summer Parkways 2016, the fun family biking event and party. Translators will be on hand to assist visitors as well.

A few of the topics shared under the tent will include:

After visiting CityScoop, make sure to stop by Big Day of Play at Rainier Community Center presented by Seattle Parks and Recreation.

CityScoop will also be at Summer Parkways 2016 in Ballard on Aug. 27 and in West Seattle on Sept. 25. Learn more at www.seattle.gov/cityscoop.