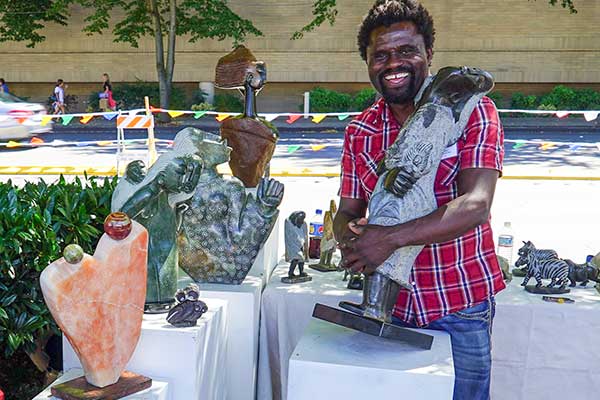 Mayor Ed Murray announced an investment of $417,227 in matching funds to support 23 neighborhood-initiated projects across the city. The awards are from the Neighborhood Matching Fund for such projects as community celebrations to multi-media training for youth.

The awards are part of the Small and Simple Projects Fund, one of three funds offered by Seattle Department of Neighborhoods. It provides cash awards of up to $25,000 in matching funds to community organizations committed to fostering and building a better community. The 2016 June awards range from $5,100 to $25,000, and the organizations pledge to match the City of Seattle’s $417,227 investment with $550,072 of locally raised money, donated materials, and volunteer labor.

In addition to the Small and Simple Projects Fund, the Neighborhood Matching Fund (NMF) has two other programs: the Large Projects Fund which provides matching funds of up to $100,000, and the Small Sparks Fund which provides funds of up to $1,000. Over its 28-year history, more than 5,000 projects have been funded with the help of NMF, and its investment in neighborhoods can be seen across the city. For more information about all of the funds visit seattle.gov/neighborhoods/nmf/.

The Small and Simple Projects Fund has one more opportunity to apply this September. To learn more visit seattle.gov/neighborhoods/nmf/smallandsimple.htm.

Families are invited to make and eat ice cream while enjoying stories, rhymes, songs and the history of ice cream on Monday, Aug. 29 and Wednesday, Aug. 31 at the Capitol Hill Branch of the Seattle Public Library, 425 Harvard Ave. E., (206) 684-4715.

Library programs are free and open to the public. Registration is not required. Space is limited at Library events, please arrive early to get a seat.

The ice cream story times are intended for children ages 2-8 and their families. Participants may wish to bring a small towel or oven mitt to use when shaking the bag of ice.

Dates and times for Ice Cream Story Times at the Capitol Hill Branch are as follows:

With the arrival of warm summer temperatures and below normal precipitation in western Washington, the Washington State Department of Natural Resources (DNR) has expanded its burn ban to cover the entire state.

The statewide burn ban will run from July 29 through Sept. 30. A burn ban for DNR-protected lands in eastern Washington has been in effect since July 2. The ban may be extended or shortened based on fire weather.

The ban means outdoor burning is prohibited on all forestlands that DNR protects from wildfire. Anyone caught violating the burn ban can face fines. Prescribed ecological burns approved by DNR will be allowed if expressly approved by Commissioner Goldmark.

Recreational fires in approved fire pits within designated state, county, municipal and other campgrounds are allowed.

DNR’s burn ban does not apply to federally-owned lands, such as national forests, national parks, national wildlife refuges or other areas administered by federal agencies. Counties and local fire districts may have additional burn restrictions.

So far this year, DNR has had 408 wildfire starts throughout the state.

Fireworks and incendiary devices, such as exploding targets, sky lanterns, or tracer ammunition, are illegal on all DNR-protected forestlands.

For a copy of the Commissioner’s Order, go to http://www.dnr.wa.gov/burn-bans.

Hara is currently the network coordinator of a practitioner network that supports communities seeking to expand green storm water infrastructure programs. While in Philadelphia she helped implement national models that Seattle aspires to today. Green City, Clean Waters is the nation’s most ambitious green infrastructure program and its successes are helping to define national practice. Philadelphia is creating living landscapes to reduce the storm water pollution and to enhance quality of life. Seattle has long been a leader in this field and her experience will help us to continue defining best practice.

Prior, Hara served for five years as Chief of Staff at Philadelphia Water, a 2,000-person utility serving more than 2 million customers across 200 square miles, with a $700 million annual operating budget and a $6 billion Capital Improvement Program.

Hara, once confirmed by Seattle City Council, will replace Ray Hoffman, SPU Director since 2009, who will retire tomorrow. Hara is expected to start September 1, with an annual salary of $223,500.

SPU is comprised of three lines of business that provide efficient and forward-looking utility services in Seattle: solid waste and sewage and drainage for Seattle residents and businesses and drinking water for the 1.3 million regional customers both in Seattle and the 26 municipalities and special water districts also served by SPU. SPU’s annual budget is approximately $1 billion, including Operations and Maintenance and Capital Improvement.