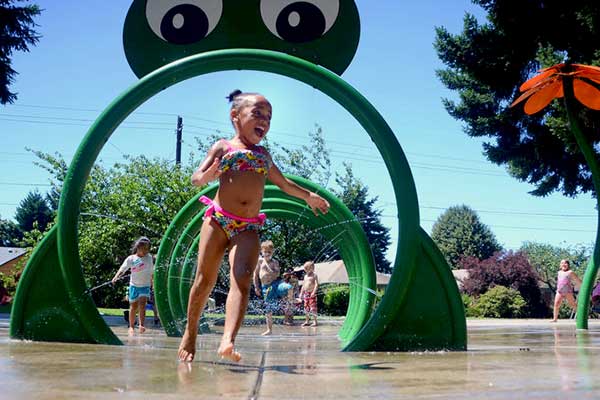 Bethesda Lutheran Communities has launched a program for volunteers called Home Heroes. The program will foster friendships between community members and people with developmental disabilities supported by Bethesda.

Home Heroes will work with Bethesda’s Direct Support Professionals to assist people with disabilities participate in fun activities. They can assist with daily housekeeping or help others find their faith. The experience will create new, meaningful friendships and bonds over shared interests. Home Heroes will make a difference and be forever changed in the best possible way.

The program has launched in four states: Colorado, Texas, Wisconsin and Oregon. In Oregon, Bethesda is looking for volunteers to get involved in the Beaverton, Cornelius and Tualatin areas. Among these first locations, the goal is to recruit 100 volunteers. In the future, this program will be a vital part of every Bethesda location across the country.

To apply or learn more information about Home Heroes, visit http://bethesdalutherancommunities.org/get-involved/volunteer/bethesda-home-heroes/ or contact Kirsten Whitsitt at 920) 262-6515 or send an email to [email protected]

“Evicted” the lives of people in Milwaukee, Wis. — tenants and landlords alike — who are grappling with the circumstances of eviction. This acclaimed work looks into the circumstances that precede eviction and chronicles the compounding effects on lives, families and communities afterward.

Matthew Desmond is the John L. Loeb Associate Professor of the Social Sciences at Harvard University and codirector of the Justice and Poverty Project. He is the author of the award-winning book On the Fireline, coauthor of two books on race, and editor of a collection of studies on severe deprivation in America. His work has been supported by the Ford, Russell Sage, and National Science foundations, and his writing has appeared in the New York Times, The New Yorker and Chicago Tribune. In 2015, Desmond was awarded a MacArthur “genius grant.”

Extra copies of the books will be available in January 2017 at all neighborhood libraries, and e-books will be downloadable from the library catalog, thanks to the generous support of The Library Foundation. Readers are encouraged to share extra copies with friends, coworkers and neighbors.

Beginning in February 2017, share your thoughts at a book discussion at your neighborhood library or bookstore.

Desmond will speak on March 9, 2017, at the Arlene Schnitzer Concert Hall. Tickets are available from Literary Arts.

Everybody Reads, a community reading project of Multnomah County Library, is made possible in part by The Library Foundation with author appearance made possible by Literary Arts.

Senior pastor of Chicago’s Trinity United Church of Christ, Dr. Otis Moss is part of a new generation of ministers committed to community advancement and social justice activism. He practices and preaches a Black theology that calls attention to the problems of mass incarceration, environmental justice and economic inequality. Dr. Moss’s creative Bible-based messages entwining love and justice have inspired audiences worldwide. He is the author most recently of Blue Note Preaching in a Post-Soul World: Finding Hope in an Age of Despair.

Dr. Moss will be joined by representatives of Oregon’s Black, Latino, Asian and Native American communities, who will discuss racism as they experience it in Oregon today. Workshop leaders will address community policing, mass incarceration, the prophetic voice in the public square, and building the Beloved Community.

The annual Collins Lectures, sponsored by the Collins Foundation and a signature event of Ecumenical Ministries of Oregon, explore issues related to religion and social ethics. The 2016 event will serve as a call to action that will launch an ongoing, community-wide initiative to address racism, injustice, inequality and discrimination.

Forgiveness an Act of Love: The Key to Wisdom Wellness and Wealth
By JoAnn Martin

The book was initiated by a request made of the writer to write on forgiveness by a seminar facilitator in 2010 during consultation. It was completed and dedicated to Humanity in 2015 and published in 2016. The author shared personal experiences of forgiveness with the hope of inspiring readers to forgive and realize our oneness with All That Is thereby creating Peace.

The author, JoAnn Martin spent 30 years teaching parochial and public school and travelling through parts of Europe and Asia. Today she continues her love of travel and lives with her family in Portland, Oregon.