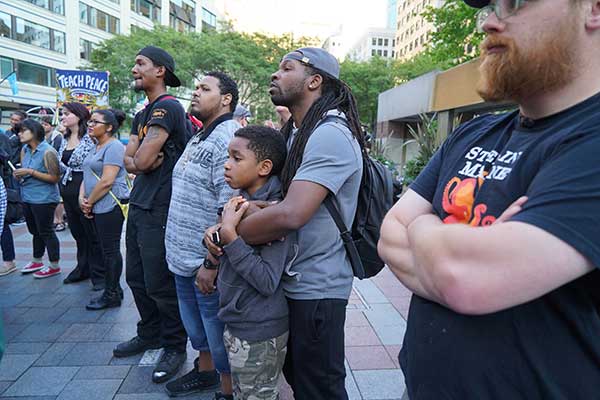 The gates to the oldest county fair west of the Mississippi open on Thursday, July 14. The 154th edition of the King County Fair will be held over 4 days at the Enumclaw Expo Center.
Attractions include pig racing, truck pulls, amusement rides, Mutton Bustin’, the K9 Kings Flying Dog Show, rock climbing, Eric Haines Comedy Rocket, paintball, trampolines, exhibits and more! General Admission is $7 a ticket with presale tickets now available at area Safeway Stores. Children under 5 can enter in for free each day while members of the military and seniors over the age of 65 get the discounted price of $5 per day.

The Enumclaw Expo Center at 45224 284th Ave SE in Enumclaw. For more information about the 2016 King County Fair see the website at www.kingcofair.com.

The Seattle Public Library will offer a two-day workshop on how to use an iPad tablet computer to create comic books, graphic novels and zines from 2 p.m. to 4 p.m. July 16 and July 17 at the Delridge Branch, 5423 Delridge Way S.W.

Library programs are free and open to the public. Registration is required for both workshop dates by calling or visiting the branch. This workshop is intended for teens and adults, ages 14 and up. iPads will be provided for attendees to use during the workshop.

This beginner's workshop is a two-part introductory series on how to use the ArtRage and Halftone 2 applications to create comics and more. No prior skills with comics are necessary. The only prerequisite is proficiency working with tablet computers.

The Seattle Public Library invites families to enjoy stories, rhymes, songs and fun with an American Sign Language (ASL) storyteller from 6 p.m. to 6:30 p.m. on Thursdays, July 14 and Aug. 18 at the Lake City Farmers Market on Northeast 125th Street and 28th Avenue Northeast.

Library programs are free and open to the public. Registration is not required.

Mayor Edward Murray announced today that the Seattle Department of Education and Early Learning (DEEL) is making enhancements to the Seattle Preschool Program (SPP) after a successful first school year that served 280 students in 15 classrooms.

In order to maintain the high-quality standards of the program and facilitate SPP’s expansion across the city, the City will raise the payments to its early learning providers by an average of 21 percent in Year Two. Funding to each provider varies based upon their funding structure.

In addition to the rate increase, City Council approved additional enhancements to the program this spring, including expediting the curriculum waiver, updating the student selection process to be more “parent friendly”, and allowing providers who serve targeted populations to reserve a select number of spaces in their classroom to enroll on their own.

To accommodate the higher payment structure, DEEL will adjust the program’s expansion targets. SPP was projected to reach 2,000 children by year four; DEEL has now adjusted this target to 1,615 children annually by the fourth year.

Additionally, DEEL has awarded facility development grants to three providers: Refugee Women’s Alliance, Causey’s Learning Center, and Sound Childcare Solutions Hoa Mai preschool. These funds will support these organizations to build an additional 70 preschool slots for the Seattle Preschool Program. Capital funds are also being invested in city Parks facilities and in the development of Fire Station 39 in Lake City into a mixed use low-income housing facility.

Mayor Edward Murray and Seattle City Council members today proposed a joint comprehensive Action Plan to promote greater workforce equity, including actions to improve equity in hiring and promotion and career development, as well as broadening existing parental leave policy and increasing current family care benefits for City employees. The proposal is based on recommendations in the Workforce Equity Strategic Plan developed by the Seattle Department of Human Resources at the direction of Mayor Murray and Seattle City Council. It is meant to reduce barriers to employment at the City of Seattle by establishing workforce equity best practices and ensuring equal access to employee benefits, training and career development opportunities.

In addition, all City employees will be guaranteed four weeks of paid leave to care for an ill family member. Using a model based on federal data, 99 percent of City employees would have their family-care time needs met under this proposal. This data estimated that approximately eight percent of the City workforce, or roughly 900 employees, will experience a qualifying family condition, with nearly two-thirds requiring at most two weeks’ leave. Under this proposal, the average City employee would be eligible for up to fourteen weeks of paid time off to care for an ill family member (four weeks of guaranteed family care leave plus an average of ten weeks of accrued leave).