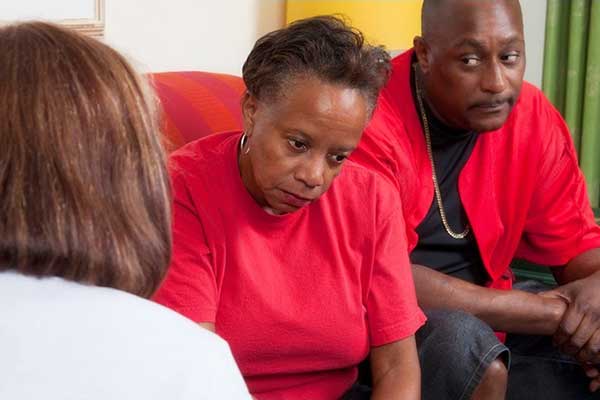 The Metropolitan King County Council today recognized Juneteenth, the celebration of the end of two centuries of bondage of Americans of African descent in the United States.

Two years after President Abraham Lincoln issued the Emancipation Proclamation, two months after Robert E. Lee surrendered his Confederate forces, and one month after the last official battle of the Civil War, the last Africans and African-Americans in bondage were told of their freedom by Union forces. That date, June 19, 1865, became a day of celebration for the African-American descendants of those freed slaves.

As those descendants left Texas and spread throughout the United States, they took the celebration with them, a recognition and remembrance of the challenges they faced then and today.

The Metropolitan King County Council announced today the hiring of Deborah Jacobs as Director for the Office of Law Enforcement Oversight (OLEO), an independent government agency with responsibility for reviewing complaints relating to the King County Sheriff’s Office, its policies and practices.

Jacobs takes the helm of a newly strengthened agency. In November, King County voters approved a measure to expand OLEO’s authority to investigate complaints. New precedents for investigations and advocacy will be established under her leadership.

In a career dedicated to human rights, Jacobs has served in executive leadership positions for the American Civil Liberties Union (ACLU) and the Ms. Foundation for Women. She brings extensive knowledge of organizational management as well as expertise in police practices. As Executive Director for the ACLU of New Jersey for 13 years, Jacobs worked on a wide array of policing issues including Internal Affairs policies, bias-based policing, sexual harassment, local enforcement of federal immigration laws, and training. In Newark, she created an unprecedented model for documenting police misconduct, successfully making a case for DOJ intervention in the troubled Newark Police Department.

Jacobs grew up in Ellensburg, where her father taught Law & Justice at Central Washington University. She holds a B.A. in English and an M.A. in Liberal Studies from Skidmore College in Saratoga Springs, NY. Organizations including the National Organization for Women, the NAACP, and the Peoples Organization for Progress have formally recognized Jacobs’ advocacy. She was also the recipient of a Fulbright Scholarship to study in Helsinki, Finland.

Mayor Ed Murray has announced the project winners of Youth Voice, Youth Choice, the City’s new Participatory Budgeting (PB) initiative in which youth decide how to spend $700,000 of the City’s budget. More than 3000 youth ages 11-25 voted on 19 project proposals in May.

The seven winning projects are:

“Thanks to the leadership of former Councilmember Nick Licata, we launched participatory budgeting to empower the youth of Seattle and to show them that their voice matters in shaping this city,” said Mayor Ed Murray. “Through this process, we learned that young people are concerned about the homelessness crisis gripping our city, as well as issues of equity and public safety. They want to help those who are suffering and to create safer streets for walking or biking.”

The process started in January with several assemblies where the public brainstormed ideas for projects it would like to see in their communities. The 20 youth delegates turned those ideas into 19 concrete proposals with help from Seattle Department of Neighborhoods and City staff. Now that the choices have been made, City staff and local agencies will implement the projects.

Participatory Budgeting is a civic engagement program in which community members decide how to spend a portion of a City’s budget. Seattle has joined Chicago, New York, Boston, and cities across the globe in using the process. Youth Voice, Youth Choice is managed by Seattle Department of Neighborhoods. For more information, visit the Youth Voice, Youth Choice website at http://www.seattle.gov/neighborhoods/programs-and-services/seattle-participatory-budgeting.

HUD’s Office of Inspector General (OIG) has received complaints about fraudsters contacting individuals to say they have been awarded a grant from the Department of Housing and Urban Development (HUD), but they need an upfront fee. HUD will never email or call to "award" clients money.

In addition, HUD has learned about fraudsters using the same scam to trick their targets into sending them "fees" to so they can process grants for thousands of dollars. While the same phone number is being used, that is likely to change over time. HUD recommends members of the public do not take or return phone calls from (315) 675-4146, give identifying information by fax or over the phone to anyone offering you a grant or wire funds to cover the "fees" for the federal grant.

If you receive contact from this number, or anyone requesting money on behalf of HUD, file a report on OIG’s website or call the appropriate Special Agent in Charge in the Office of Investigation.