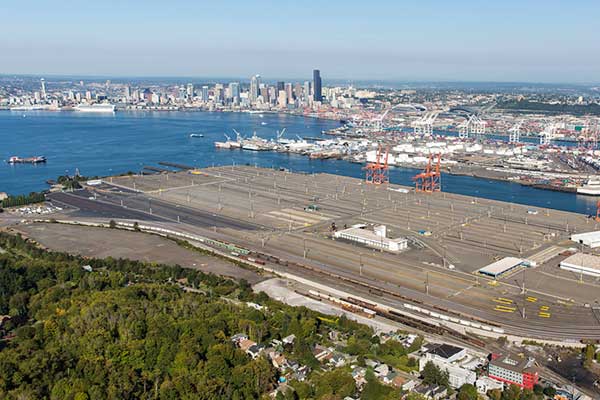 The Portfolio Project was designed in 2006 to assist 11th and 12th grade students through the college and scholarship application process. The mission of the Portfolio Project is to increase the number of minority and low-income college and scholarship applicants from states of Oregon and Washington. Ultimately, the program strives to ensure these students create a portfolio that will support their efforts in getting accepted into college and receiving the necessary financial assistance to become successful college graduates.

This program is at no cost and consists of 11-week Saturday sessions that begin Aug. 27. The sessions are held at four locations: Seattle, Marysville, Portland and Tacoma. In addition to the sessions, Portfolio Project students will have the opportunity to apply for the Portfolio Project Scholarship and attend the UNCF Black College Fair at the Northwest African American Museum in Seattle on Sunday, October 23rd.

Since 2006, Portfolio Project students have been able to clarify and become confident in post-high school plans and choices. The mentorship and guidance that has been provided from this program has not only produced a 92% student acceptance rate into a college, but has also helped students procure thousands of dollars to attend college.

To learn more about the Portfolio Project, visit www.UNCF.org/portfolioproject

The seven-member SHA Board of Commissioners includes five at-large positions and two resident positions. The commissioners are appointed to four-year terms by the mayor and confirmed by the City Council.

The board has oversight on SHA policies and approves the agency’s annual budget. Commissioners are also responsible for hiring the executive director, a position currently held by Andrew J. Lofton.

Dr. Paula L. Houston is the CEO of Sound Generations in Seattle, prior to that she was the Executive Director for the Meredith Mathews East Madison YMCA. She has broad experience in public health and community health administration and owned her own fitness and wellness center. Houston is a member of several nonprofit boards and served two terms on the Seattle Women’s Commission. Moseley is semi-retired. Previously he was the Assistant Secretary to the Washington State Department of Transportation Ferries Division, Vice President of Institute for Community Change, and he has held extensive civic positions throughout his career. He currently serves on numerous nonprofit boards and committees including Pioneer Human Services and the Housing Affordability and Livability Advisory Committee.

The Port of Seattle and the Northwest Seaport Alliance are proposing modifications to marine cargo facilities at Terminal 5. The Port of Seattle, as lead agency under the State Environmental Protection Act (SEPA), is preparing an Environmental Impact Statement (EIS) on the project, which includes berth deepening, dock strengthening, and power upgrades to handle larger cranes.

The Northwest Seaport Alliance (NWSA) is a marine cargo operating partnership of the ports of Seattle and Tacoma governed jointly by the commissions of the two ports.

Public comments on the Draft EIS will be accepted from May 23 to June 21, will be included in the SEPA record and may result in corrections, additions or clarification to the Draft EIS.

For tips on commenting, visit the Washington State Department of Ecology’s Citizen’s Guide to SEPA Review and Commenting at: http://www.ecy.wa.gov/programs/sea/sepa/citizensguide/citizensguide.htm

The Draft EIS is available online at three locations:

Printed copies of the DEIS will be available at the Seattle Central Library, Delridge Library, South Park Branch Library and the West Seattle Library. Printed copies also will be available at Port of Seattle offices, 2711 Alaskan Way, Seattle, from 8:30 a.m. to 4 p.m., Monday – Friday, through June 21. If you would like to receive a copy of the DEIS please contact Brenda Thomas at 206-787-3382, or email: [email protected].

For more information on the proposed improvements and to comment online, visit http://t5eis.publicmeeting.info.

Comments can also be emailed to: [email protected] please include your mailing address for a response. The other primary ways to comment are listed below:

The Port of Seattle is also hosting two public hearings for people to share comments on the Draft EIS:

For more Seattle and Portland events, see the Community Calendar.