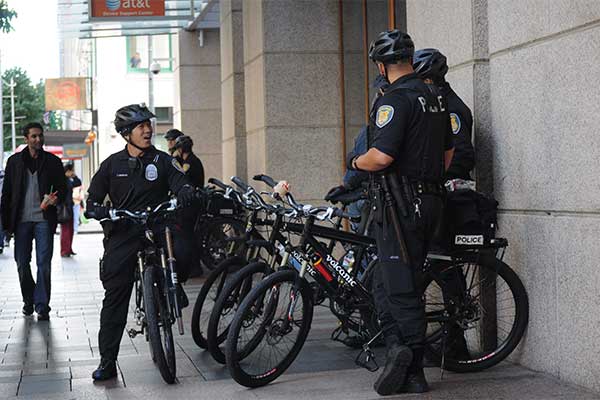 The illness was identified in a man in his forties who had recently been in Colombia, a country that has Zika virus spreading actively and is on the list of Centers for Disease Control and Prevention’s (CDC) travel advisories.

This is the third case of Zika found in Washington state. All three cases were found in people who became infected while in countries that have current Zika outbreaks. With ongoing widespread outbreaks in the Americas and the Caribbean including Puerto Rico, the number of Zika cases among travelers visiting or returning to King County and elsewhere in the mainland United States will likely increase.

According to health officials, this Zika case does not pose a risk to the public in Washington state. Zika virus is primarily spread through the bite of infected Aedes aegypti and Aedes albopictus mosquitoes, or less commonly, through sexual contact with a recently infected man. The types of mosquitoes that transmit Zika are not found in the Pacific Northwest so local health officials do not expect Zika virus to spread.

Symptoms of Zika are generally mild and include fever, rash, joint pain and redness of the eyes. Symptoms typically begin two to seven days after being bitten by an infected mosquito. Many people who get Zika have no symptoms at all. There is no vaccine to prevent infection or medicine to treat Zika.

Zika infection is a very serious concern for pregnant women because of its link with a birth defect in newborns called microcephaly, an abnormally small brain and skull, and other poor pregnancy outcomes. Zika is also linked to Guillan-Barré Syndrome, a problem marked by muscle weakness and sometimes paralysis.

The CDC has determined that Zika can also be spread by an infected man to his sexual partners, even when he does not have symptoms or know that he is infected. It’s important for men who have traveled to an area with Zika to follow CDC’s guidance to prevent sexual transmission of Zika, even if they don’t feel sick.

Communicable disease experts at Public Health – Seattle & King County have been working with local health care providers to identify and evaluate potential Zika infections. To date, over 180 patients in King County have had blood samples sent to the CDC for Zika testing. The test reported today is the first to confirm Zika infection in a King County resident.

Seattle Mayor Ed Murray last week proposed a funding plan to finance the hiring of 200 new police officers and investments in the City’s 911 call center as proposed in his 2016 State of the City address.

Murray will finance the expansion of the Seattle Police Department through reprioritizing existing resources, identifying efficiencies and by increasing selected fees and taxes on Seattle businesses.

The addition of 200 officers by the end of 2019 would grow Seattle Police Department to 1,464 officers, the highest in the history of the department. This level of expansion is in line with the recently completed police staffing study conducted by Berkshire Advisors.

The cost of the new officers, improving the 911 call center and other information technology investments will cost $37 million per year. Murray is proposing to raise $14 million in new revenues and fund the other $23 million (nearly two-thirds of the necessary funding) from existing resources. Roughly half of the General Fund resources has already been approved by council for hiring additional police officers.

The proposed increases in taxes and fees on Seattle businesses are:

Seattle is already on track to hire 120 additional officers by 2017, a commitment made the mayor made in 2014.

Incoming calls to SPD’s 911 call center call have placed a growing strain on the current system. Call center volumes have increased by 13 percent since 2010. The call center will be adding staff and making technology investments to handle the growing number of calls for service.

Other technology investments at the department include technology infrastructure to support body worn cameras for officers and a new time tracking tool to help manage officer overtime.

Last week, Murray announced that he had identified existing funds to construct a new $160 million North Precinct and would not send a public safety levy to the voters in 2016 or 2017.

A former executive with Microsoft and Sun Microsystems, Dr. Williams was recently the Dean of the School of Business, Government and Economics at Seattle Pacific University. In this new role, he will serve as strategic adviser to the Governor, and primary point of contact for technology companies interested in doing business and expanding in Washington state.

Dr. Williams has had a distinguished career in the tech industry, in academia and the public sector. He has extensive experience working with angel investing and software-as-a-service (SaaS) companies and customers on the business models and economics of cloud computing. He serves on the executive board of Sound Generations and on the editorial board of IT Professional, writing a regular column on “Life in the C-Suite.” Dr. Williams authored three books and dozens of articles related to the ICT industry while he was a professor in the College of Business at Colorado State University in the 1990s.