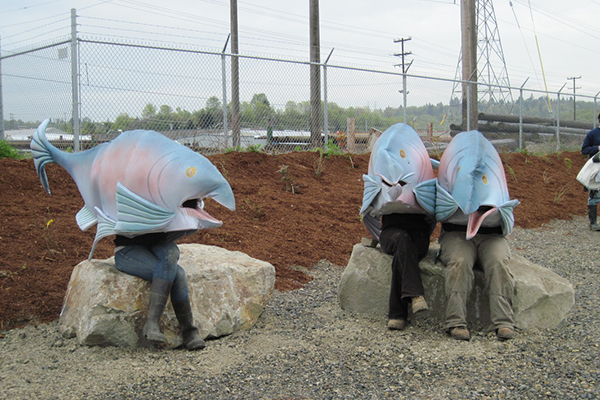 The Office of Immigrant and Refugee Affairs (OIRA) has launched the Seattle Votes campaign to identify barriers to civic engagement for Seattle’s immigrant and refugee residents. The campaign consists of an anonymous survey that will provide data for community groups, agencies, King County, and the City to better understand the civic needs of specific immigrant and refugee communities within Seattle.

Immigrant and refugee residents are a growing and increasingly influential population in Seattle, with nearly 20 percent of residents being foreign born. However, evidence shows that civic engagement rates lag behind other groups. The lack of voter data has been a challenge for City and election officials to better understand what is needed to serve communities across Seattle.

The campaign will focus on immigrants and refugees who are at least 18 years of age residing in the Seattle-King County area. OIRA has a goal of 5,000 completed surveys and will partner with more than 100 local community-based organizations to reach immigrants and refugees. These Seattle Votes partners will collect surveys in their communities.

The Seattle Votes survey has been translated into ten languages: English, Spanish, Chinese (Traditional), Vietnamese, Tagalog, Korean, Somali, Amharic, Oromo, Tigrinya, and Arabic. Residents can fill out a printed version or an online version, which takes approximately seven minutes to complete and are anonymous.

The City will publish the findings in an official report in August. The disaggregated results will help inform policies to improve naturalization, voter registration, and voting rates.

Immigrants and refugees living in Seattle-King County interested in taking the survey and members of organizations interested in becoming Seattle Votes Partners are encouraged to visit seattle.gov/seattlevotes.

The Neighborhood Matching Fund (NMF), a program of Seattle Department of Neighborhoods, is hosting workshops for community groups interested in learning about the city’s popular Small and Simple Projects Fund. The Small and Simple Projects Fund provides matching awards of up to $25,000 to neighborhood groups for community-building projects such as cultural festivals, facility improvements, public art, and youth activities.

Each workshop provides an overview of the Neighborhood Matching Fund, the qualities of a good project, and the application process and requirements. To RSVP, call 206-733-9916 or go online at https://www.surveymonkey.com/r/BWLYNJB.

To learn about the Fund, visit seattle.gov/neighborhoods/neighborhood-matching-fund/small-and-simple-projects-fund-. The deadline for applications is Monday, June 6 at 5:00 p.m., but make sure to register now to apply.

The Neighborhood Matching Fund (NMF) Program awards matching funds for projects initiated, planned, and implemented by community members. Its goal is to build stronger and healthier neighborhoods through community involvement and engagement. Every award is matched by a neighborhood’s contribution of volunteer labor, donated materials, in-kind professional services, or cash.

Seattle’s largest maritime industry celebration presented by Vigor Industrial and sponsored by the Seattle Propeller Club and the Port of Seattle has announced its schedule of events for April and May. These free, family-oriented events are designed to showcase and celebrate the maritime industry and the men and women who make everything on the waterfront happen. Shipping, fishing, boatbuilding and repair are all happening in our backyard. Come participate and learn.

Special events, public tours and other activities are planned during April and May with the highlight being the Vigor Seattle Maritime Festival from May 12-14, with the Harbor Open House on the Downtown Waterfront on Saturday, May 14. The full schedule can be found here.

Join us as we celebrate Seattle's only river by working to restore the Duwamish! Volunteers can sign up: www.duwamishalive.org

The Clipper Round the World Yacht Race, which benefits Unicef, is the world’s longest ocean adventure, spanning 40,000 nautical miles. The race consists of 12 teams competing against each other. Don’t miss the free open-boat tours at Bell Harbor Marina. Sponsored by Visit Seattle and the Seattle Sports Commission, in partnership with the Port of Seattle and the Seattle Historic Waterfront Association. Details at www.clipperraceseattle2016.org