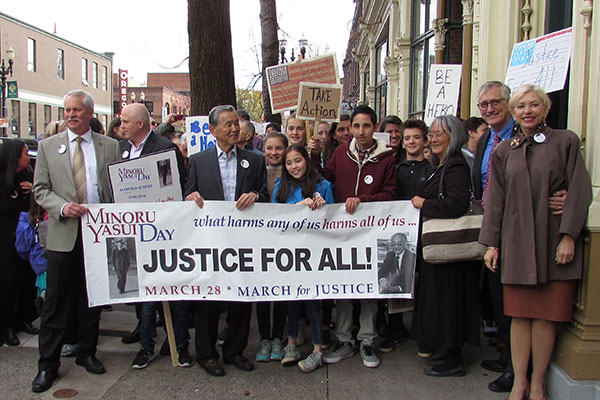 Minoru Yasui, an Oregon attorney who fought laws targeting Japanese Americans and Japanese immigrant, is the inspiration for a special symposium coming to Portland on April 23, 2016 at the World Trade Center.

He is the first Oregonian to be awarded the prestigious Presidential Medal of Freedom, and recently hon¬ored by the state legislature’s naming a perpetual commemorative Day for him (March 28).

Deadline for symposium registration is April 18. To register, visit oregonnikkei.org/activities.htm#symposium.