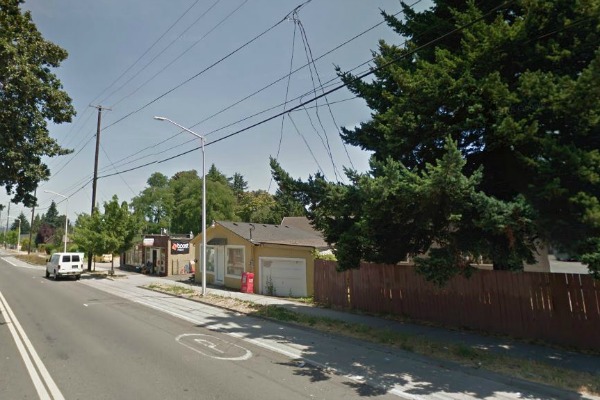 Portland Police Bureau
Published: 24 March 2016
On Wednesday March 23, 2016, at 11:30 p.m., North Precinct officers responded to the area of St. Johns City Park on the report of gunfire heard in the area.

Officers arrived in the area and learned that a home in the 9000 block of North Chicago Avenue was struck by gunfire but none of the occupants were injured. Inside the home at the time of the shooting were an adult female and two children.

Officers leaned that the same home was fired upon in February 2016 in what is believed to be a gang-related shooting.

On Thursday March 24, at 2:54 a.m., North Precinct officers responded to the report of gunfire in the 4700 block of Northeast 62nd Avenue.

Officers arrived in the area and contacted the 19-year-old male victim who told police that someone in an orange car fired multiple shots at him as he ran from his car into his home. The victim was not injured and no damage was located in the area. Evidence of gunfire was found in the street.

At 4:34 a.m., North Precinct responded to reports of gunfire in the area of the New Columbia community in the Portsmouth Neighborhood.

As officers were checking the area, a resident reported finding several bullet holes in his home in the 4300 block of North Willis Boulevard. Officers located evidence of gunfire in the street and numerous shots into the home. Nobody in the home was injured in the shooting.

Investigators have not determined if any of these shootings are related to one another.

After preliminary investigations at all three shooting scenes, the Gang Enforcement Team responded to assist and take over the investigation.

Anyone with information about gun crimes in the City of Portland is encouraged to provide information to the Portland Police Bureau's Tactical Operations Division at 503-823-4106 or email information to gangs@portlandoregon.gov.

Information learned from social media sites such as Facebook, Twitter or YouTube should be shared with investigators as these tips may lead to the identification of a suspect or suspects.

Tips on gun crimes can be emailed to GunTaskForce@portlandoregon.gov.

The Portland Police Bureau works closely with Enough is Enough PDX, a community-led campaign aimed at encouraging people to take a stand against gang violence in the area.

For more information about Enough is Enough PDX and how you can get involved, please visit https://www.facebook.com/EnoughIsEnoughPDX

Additional information about Enough is Enough PDX and other City efforts addressing youth violence can be found at the Office of Youth Violence Prevention, http://www.portlandonline.com/safeyouth/

Crime Stoppers of Oregon is offering a minimum $250 cash reward to anyone who reports a convicted felon or a juvenile in possession of a firearm and tipsters can remain anonymous. Rewards of up to $1,000 are available for other unsolved felony crimes - $2,500 for unsolved homicides.

Visit http://tipsoft.com to download the TipSubmit app for the iPhone or Droid.