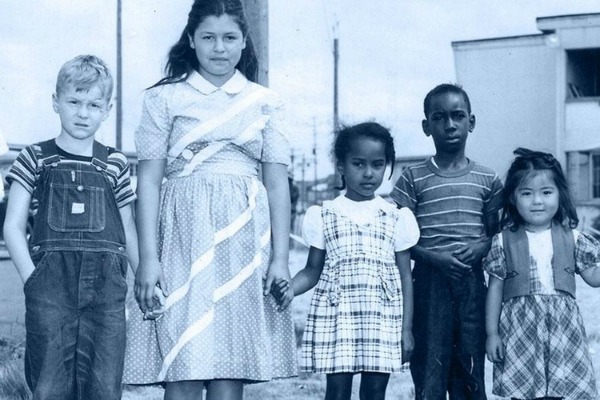 Highlights of the exhibit include key panels from the Oregon Black Pioneer's "Community on the Move" exhibit describing the 1948 Vanport Flood, the Portland and Vancouver World War II shipyards, and those who worked there. Those panels are on loan to the City's Water Center from the Oregon Black Pioneers and are expected to remain on display through June 2016. In addition, the new Water Center exhibit will include panels developed by the Clark County Historical Museum showing historical regional floods and the great Missoula floods of pre-history.

The opening of the exhibit coincides with the coming anniversary of the February 1996 floods, when the Columbia River rose to within a few feet of the Water Center just days before the Center's official opening.

Jan. 9 is also Second Saturday at the Water Center, with kid-friendly activities from 1- 3 p.m. each month focusing on a different theme. In keeping with the new visiting exhibit, this month's theme is weather.

Vancouver's Water Resources Education Center opened its doors in February 1996 in concert with the adjacent Marine Park Water Reclamation Facility. Creation of the Water Center was also a critical element in the City's Columbia River Waterfront Renaissance Trail project. Over the years, the Center and its many programs have played a key role in increasing awareness about water and other vital natural resources in our community.

Watch for special events throughout 2016 commemorating the Water Resources Education Center's 20th anniversary, including a family-friendly birthday celebration at February's Second Saturday and the return of the gala "Splash!" evening with "Splash Back 20" this spring.

Admission to Saturday's exhibit opening and the overall Water Center is free. For more information on events, exhibits and directions to the Water Center, please visit the City's website at www.cityofvancouver.us/watercenter or call 360-487-7111.