GoFundMe Started for Church in Danger of Demolition 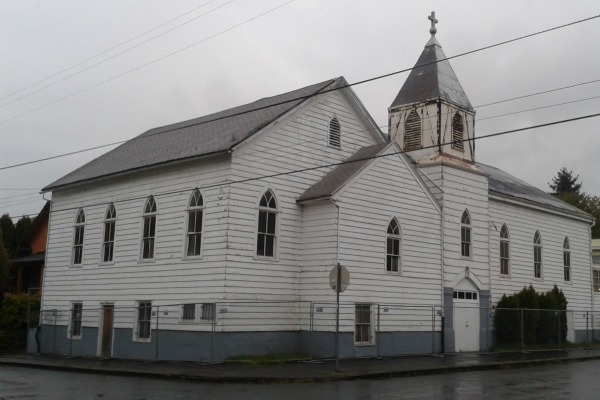 Time is running out to save a historic church from demolition, but preservation advocates now say they have a window of opportunity to try purchasing the building.

The 111-year old former St. Paul’s Evangelical and Reformed Church in the Northeast Portland King neighborhood is being gutted, but advocates say they have spoken with the construction crew, which plans a wider salvage effort. This gives a few weeks' time for a new GoFundMe campaign aimed at purchasing the property for a community use.

Local community advocate Cat Goughnour is hopeful that a happy ending is in sight -- and she hopes folks will make a pledge toward saving the building.

"They gave a projected date of full demo several weeks out, which gives us some room," she said. "We were all very heartened by this news."

According to a construction permit filed on April 3, if the church gets demolished, a duplex will be built in its place.

The church was purchased by developer Peter Kusyk in December. According to Goughnour, Kusyk had the church removed from the Historic Resources Inventory list.

Fences were set up around the property on April 13, signaling the beginning of the razing.

For Goughnour, this speedy administrative process leaves many questions unanswered, such as the legitimacy of the sale of the property and how a 120-day demolition waiting period can be sidestepped so easily.

She says the stay of demolition request would provide time to look into these questions.

Goughnour also sees the bulldozing as another hit to the African American population in Portland - the loss of a community asset that came after the congregation’s break-up and gentrification. She mentioned city planners who believe the Black community has a “right to return” to Northeast Portland, but she worries that there will be nothing left if these notable buildings are destroyed.

“The question that is brought up for me is what will we have to return to if our historic properties and institutions are demolished?” Goughnour asked.

Goughnour met with the family of the late pastor Winfred Leon Menefee of St. Paul’s Church, she said his dream was to turn the church into a community asset.

“His dream for the property was to maintain it as a legacy for the community, and create a community center in it as well,” she said.

Kusyk has run afoul of neighborhood sentiment before when he tried to raze the historic Markham House in the Laurelhurst neighborhood last year. The community surrounding the house got a stay of demolition and raised money to buy the property.

Goughnour sees direct parallels between both situations and hopes for a similar response from the city.

“I want to ensure that city-wide policies are accessible and a right for everyone and not just a privilege for some neighborhoods that are able to marshal more resources to preserve their assets for future generations,” Goughnour said.

A GoFundMe has been created to purchase the church.