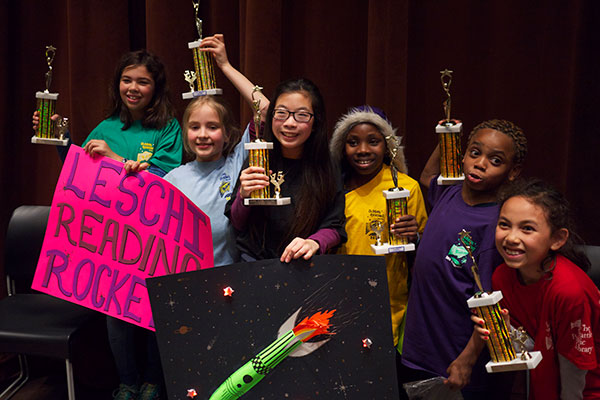 Through an initiative called “Parks Build Community,” one of three local parks and recreation projects will receive a $20,000 grant – and Seattleites get to choose which one.

This Earth Month, the National Recreation and Park Association, Disney | ABC Television Group and ESPN are collaborating to invigorate park and recreation programs and facilities across the U.S. including projects right here in Seattle through Parks Build Community — an initiative that gives back to the places that shape so much of our lives.

From April 1 to April 30 Seattle Parks and Recreation is asking residents to vote on which project they’d like to see receive $20,000 in grant funding.
The project choices are:

Vote by going to www.NRPA.org/BeInspired.

Free help with Tax Forms at the Rainier Beach Library

The Seattle Public Library and AARP have consolidated the free tax preparation service available in southeast Seattle. Tax help is no longer offered at the NewHolly Branch, but remains available at the Rainier Beach Branch.

Due to federal budget cuts, the Internal Revenue Service (IRS) is unable to provide the Library with certain tax forms and instruction booklets. Most IRS forms are available online at www.irs.gov. Black-and-white prints of the forms may be printed from Library computers for 15 cents per page. To request forms by mail, order online at IRS.gov/orderforms or call 1-800-829-3676.

Tax help at the Rainier Beach Branch is provided by AARP.

ReMike will present an interactive talk on how the art world, disruptive technology and self-publishing relate to each other. The discussion will include current-day art and 3-D printing topics, from singer Katy Perry’s "Left Shark" to artist Damien Hirst’s 12 million dollar stuffed shark installation.

Visual elements of the presentation will include a slideshow of ReMike's work, selections from other 3-D printing visual artists, samples of 3-D prints and a live 3-D printing demonstration. Attendees will learn how to harness DIY technology, and a Q&A session will follow the presentation.

ReMike, also known as Mike Leavitt, is a visual artist who uses both classic sculpture and 3-D technologies to focus on the cultural space between art and product. He is represented by Jonathan Levine Gallery in New York and has exhibited worldwide, from the United Kingdom to Singapore. His work has been featured in numerous publications, including the London Observer, Wired, Juxtapoz and the cover of The Stranger.

Author Discusses 'Lincoln Assassin Who Got Away'

On the 150th anniversary of Abraham Lincoln's murder, historian Michael Schein will discuss his book "John Surratt: the Lincoln Assassin Who Got Away" from 7 p.m. to 7:50 p.m. Wednesday, April 15 at the Central Library, 1000 Fourth Ave., Level 1, Microsoft Auditorium.

The event is free and everyone is welcome. Registration is not required. Parking is available in the Central Library garage for $6 after 5 p.m.

During the four months leading up to Lincoln's assassination, Surratt was John Wilkes Booth’s closest associate. Surratt was also accused of plotting with Booth to kidnap the president. A known member of the Confederate Secret Service with ties to the highest levels of Confederate government, Surrat was involved with the assassination plans but fled the country after Lincoln's death. Surratt’s two-year run from the law was a global adventure, taking him from New York to Canada, Great Britain, France, Italy and Egypt.

Schein is an author, attorney, historian, speaker and former professor. He taught American legal history at Seattle University's law school from 1988-2003, served on the speakers’ bureau of Humanities Washington, and is the current director of Litfuse, an annual poetry workshop. Schein's poetry is supported by a grant from King County 4Culture and has been nominated three times for the Pushcart Prize.